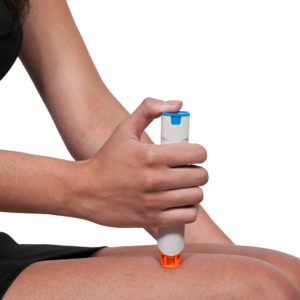 21st-century medical innovation is an exotic realm. Some innovators work for prestigious corporations, governments, think tanks and universities. Others toil in garages and anonymous industrial parks.

Digital-era technology is conducive to the latter in ways that 20th-century technology wasn’t, offering great opportunities and special challenges. 20th-century medical devices tended to be big, heavy, expensive and reliant on individuals with highly specialized knowledge. Think of an multi-ton, multi-million-dollar MRI machine operated by radiology specialists. Many digital-era devices are small, lightweight, inexpensive, passed hand to hand, and easily operated by laypersons.

This shift opens the way for widespread “biohacking” — the development of new devices and modes of care by amateurs and unconventional professionals. This offers the possibility of a medical revolution comparable to the information technology revolution of recent decades and poses great questions about safety, reliability and ethics.

A few examples can illustrate this far frontier:

NightScout: In 2014, The Wall Street Journal reported on NightScout, a consortium of parents developing devices to remotely monitor their children’s diabetes metrics. Businessman and molecular biologist Jason Adams had a young daughter, Ella, with Type 1 diabetes and a professionally made glucose monitor. The monitor signaled peaks and valleys in Ella’s blood-sugar levels, allowing her father to rapidly intervene to stave off risk of comas. The monitor lacked connectivity, so Adams had to keep Ella close. No sleepovers, for example.

Because NightScout is passed peer-to-peer for free, it remains outside the FDA’s slow, deliberate regulatory jurisdiction. NightScout and the FDA do communicate, and NightScout’s website carries multiple caveats, including: “Do not use any of the NightScout information or code to make medical decisions.” However, NightScout’s hashtag is #WeAreNotWaiting.

EpiPencil: For people with severe allergies, a quick blast of epinephrine can be the difference between life and death. In a widely reported story, the leading auto-injector product, Mylan’s EpiPen, rose from around $100 for a pair in 2009 to more than $600 in 2016. In 2016, U.S. News and World Report and others reported that a do-it-yourself biohacking group, Four Thieves Vinegar Collective, had posted a video detailing how viewers could assemble their own auto-injector, dubbed an “EpiPencil,” in just minutes for around $30 — to the alarm of some medical professionals.

Glowing Dogs: Humans have manipulated the genes of dogs for tens of thousands of years through gradual breeding. (The cockapoo on your lap is really a genetically modified wolf.) Present-day technology is rapidly accelerating the process, however. The tech-oriented website Fusion wrote in 2016 of David Ishee, a Mississippi dog owner who is experimenting with editing technology to modify precisely the genes of his mastiffs.

As an experiment, he edited genes from glowing bioluminescent bacteria into dog sperm in hopes of producing glowing dogs. (No word yet on the outcome.) Glowing puppies is merely a way to demonstrate that precision gene editing on a complex animal is possible. The ultimate goal is to edit-in desirable characteristics and to breed out genetic illnesses.

The technology is plausible, it’s not very expensive to do, and a practitioner doesn’t need an advanced degree. The real ethical zinger begins when one considers that such amateur editing of human embryos seems quite feasible.

Antenna head: Finally, there’s the curious case of Neil Harbisson, the first human to have an antenna surgically implanted in his head. (YouTube offers a wealth of videos on his case.) Harbisson, an artist, was born with achromatopsia — the severest form of color-blindness. Harbisson had a special antenna permanently and prominently affixed to the top of his head. Its tiny camera views objects and translates their colors into sounds that vibrate into his skull. Thus, Harbisson effectively hears colors.

In 2004, implanting an antenna in a human head was not an approved medical procedure, so Harbisson had to find a surgeon willing to perform the operation anonymously. For a while, he was denied a United Kingdom passport because his photo included the antenna; that issue has since been resolved.

These are just a few of the many biohacking examples emerging around the globe. Where such technologies will lead is anyone’s guess.