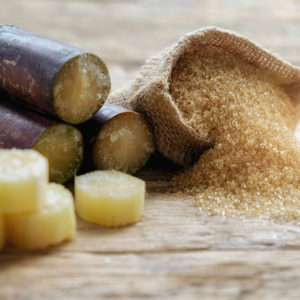 The prospect of a bold, new farm bill this year has Congress in a lurch, with talks temporarily grinding to a halt. As lawmakers quibble over funding and possible changes to the food stamp program, they’d be wise to focus on the effect of proposed sugar program changes.

A change in the U.S. sugar program may well be included in the five-year bill, to the benefit of millions of taxpayers, consumers and candy manufacturers across the country. Protectionism continues to restrict the flow of sugar supplies into the United States, diminishing competition and guaranteeing artificially high prices.

Proponents of the status-quo respond that, so long as other countries subsidize sugar production, the United States should continue to keep imports to a trickle. This rejoinder, known as “zero for zero,” is rhetorically sleek but unattainable in the real-world.

Key subsidizing nations will likely never cut back, resulting in continued sugar protectionism his the United States. But in reforming the outdated system, the United States needn’t wait for the rest of the world. By acting boldly and decisively, Congress can lower sugar prices for millions of Americans.

Under the current U.S. sugar program, a deadly duo of quotas and tariffs buoys the price of sugar to the detriment of many and benefit of few. Foreign imports are strictly limited by existing legislation, forcing confectioners and bakers to foot the bill for sugar prices 9 cents per pound over the world market average.

Given that Americans consume more than 50 billion pounds of sugar every year, artificially high sugar prices cost American customers up to $4 billion each year. Understandably, the 5,000 well-heeled agribusinesses benefiting from this arrangement aren’t exactly eager for the program to go away. The sugar lobby claims that American jobs would be threatened by opening up the sugar program, but there’s little evidence to support this claim. And, estimates of job losses fail to consider the negative effect that the sugar program has on small sugar-purchasing businesses.

The sugar program has had devastating effects on the candy industry. Because of the archaic tariffs and quotas in place, there is only one candy cane manufacturer left in the United States because of the sugar program. Candy manufacturers such as Atkinson Candy Co. “have responded by moving some of their peppermint-candy production to Guatemala, where sugar is cheap and plentiful.”

Advocates of continued domestic favoritism respond that it would be “unfair” to modify or to end the U.S. sugar program, while developing countries such as Thailand and India keep sugar export prices artificially low through subsidies.

If we “unilaterally disarm,” the sugar lobby suggests, emerging Asian economies will eat our lunch by undercutting domestic producers. In practice, this “zero for zero” philosophy would likely keep the U.S. sugar program in place forever. Countries like Thailand and India are unlikely to completely cut out sugar subsidies because of concerns about domestic stability and federalism.

But fortunately, policymakers needn’t rely on conjecture to guess what would happen if America took the initiative on sugar reform. The European Union opposed “zero for zero” logic in 2006, when it implemented a wide-ranging quota relaxation and target price reduction scheme. Foreign sellers were finally let in, and prices were allowed to reflect global marketplace conditions. Despite grumblings and “cautionary tales” from the “zero for zero” community, the sky didn’t fall.

Sugar prices have fallen in most of the years since reform, save for a turn-of-the-decade hike experienced by most countries. The going rate per ton is now around 20 percent lower than it was prior to reforms. In contrast, the United States has yet to recover from the price hikes of the Great Recession.

Like many misguided proposals, “zero for zero” sounds like a pragmatic, sensible idea. The reality, however, is a recipe for continued inaction against the failed status-quo of protectionism. Real world experiences, such as the European Union’s successful relaxation of sugar laws, show that bold reforms can lower prices while keeping employment stable. In examining the U.S. sugar program, Congress should bear in mind the current costs of protectionism.

By going the way of the European Union and opening up sugar market to competition, Congress can end the status-quo of sky-high sugar prices.