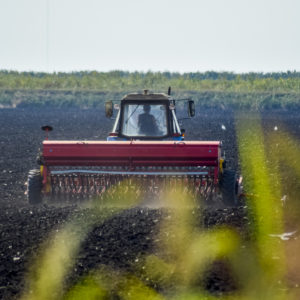 Warning: Congress is preparing to pass a new farm bill. Unfortunately, this means we are due for yet another Soviet-style, five-year agriculture plan. And the Republican Party, the purported proponents of small government, free markets, and conservative values, is ladling up this year’s bill with a massive amount of pork.

Even if one believes in providing a “safety net” for farmers—helping the smallest, poorest farmers to endure market and climatic conditions—farmers should not receive guaranteed, taxpayer-backed income, nor should millions of dollars in subsidies be doled out to giant corporate farmers.

Contrary to popular opinion, the vast majority of farmers do not receive crop subsidies. Most vegetable- and fruit-growers and livestock-raisers aren’t covered by the government’s myriad farm programs. Farm bills instead insure and make payments to select commodity farmers, chosen at the behest of the government. Of course, this process is rife with corruption and is a shameless example of crony capitalism. Currently, central planners have selected growers of corn, cotton, peanuts, rice, sorghum, soybeans, sugar, wheat, and, of all things, mohair to be the beneficiaries of taxpayer-funded subsidies.

From 1995 to 2014, the various subsidies and payouts for crop insurance—premium support and actual crop loss payouts—disaster relief, and income-support programs have cost U.S. taxpayers more than $322 billion, according to the Environmental Working Group.

As Daren Bakst, research fellow in agriculture policy at The Heritage Foundation, wrote in a recent article, “If farmers have record production, they can get a government handout. If the weather is perfect for growing a crop, farmers can still receive a government handout. The reason is simple. The existing system provides handouts regardless of whether there’s any crop loss. If agricultural producers simply don’t reach revenue targets, they can get handouts.”

The government also subsidizes water use by farmers by selling water to farmers at below-market rates, sometimes for as little as 10 percent of the full market cost. Because farmers are often charged a flat rate based on the amount of acreage served rather than the amount of water delivered, they have little incentive to conserve water—as long as someone else is paying for it.

Aside from the cost to taxpayers, farm subsidies also harm the environment. To reap greater profits, farmers respond to subsidies by increasing production. To increase production, farmers exploit land more intensely, increase inputs of fertilizers and pesticides, and/or expand crop production to marginal lands. Chemically laden water runoff also pollutes the nation’s waterways, which ends up costing taxpayers even more money. For instance, contaminated waterways in the Everglades, largely attributed to fertilizer usage stemming from sugar farming, has resulted in a massive restoration effort, which is expected to cost taxpayers $10.5 billion by 2035.

Federal agriculture policies are a major source of cronyism, with big corporate farms receiving the vast majority of farm handouts—at the expense of taxpayers, consumers, and the environment. It’s time to get agribusiness off the government dole by ending government-sponsored welfare for well-to-do farmers. Let agribusiness, whose profits are high enough without government subsidies, compete like every other business in the marketplace!