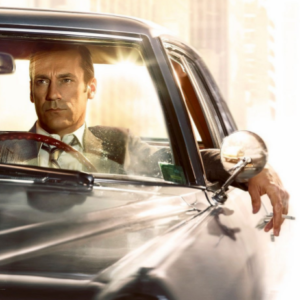 It’s fun to watch the TV series “Mad Men” — and revisit the 1960s. It’s not so much fun to fly out of airports that haven’t seen much in the way of updates — or even needed repairs — since they were built back in the ’60s.

A good example is New York’s JFK International Airport. It was as glamorous as John Kennedy’s presidential 707 circa 1962. Today — almost 60 years later — Kennedy’s 707 is a museum piece, and the airports it flew into are aging and crumbling embarrassments.

They’ve been in need of major repairs — and major updates — for decades.

And JFK Airport — named in honor of the martyred president — could use major sprucing up. A walk through its main terminal is a walk back through time. The entire place looks, feels — and even smells — old. And JFK International is where millions of people get their first look at America.

It ought to look better than this.

One of President-elect Trump’s campaign promises was to see to that. His website says that of the $1 trillion the incoming administration plans to put toward infrastructure, $550 billion — about half — would go toward airports and highways.

Not JFK — all of America’s aging airports in need of a facelift.

Congress will have to cooperate, of course — but with Republicans having a working majority in both the Senate and the House, this shouldn’t be a problem. For one, there’s no denying America’s infrastructure is no longer up to snuff — and not just airports, either. The interstate highway system — designed back in the 1950s when America’s total population was less than half what it is now — is choked with traffic. Travel is often slow — and slow is wasteful. Especially for freight traffic — the big rigs that bring us pretty much everything. When they are stuck in traffic it means more than just that it takes longer for stuff to get from A to B.

It also means wasted fuel — which is wasted money.

A study by the Federal Highway Administration, “Estimated Cost of Freight Involved in Highway Bottlenecks,” identified 200 “bottlenecks” (30 of them severe) that cost upward of $78 billion in waste, including 2.9 billion gallons of wasted fuel.

The money the incoming administration has pledged to spend on roads means we’ll get where we need to be sooner — and the trucks that bring us our stuff will be able to do it cheaper.

Which means lower prices for that stuff.

Less fuel will be gratuitously wasted by idling or barely moving traffic — and that ought to make the climate change crowd happy. In fact, greater reductions in the carbon footprint of the nation’s vehicle fleet could be achieved by keeping traffic moving — by expanding road capacity — than by imposing ever-stricter tailpipe emissions standards that achieve fractional gains at ever-increasing costs. A big rig that burns 5 percent less fuel on a run emits a lot less in the way of everything the climate crowd objects to than a big rig that burns 5 percent more fuel but which has an exhaust stream that’s 0.02 percent cleaner.

It’s a powerful argument because it’s a sensible argument.

So also Trump’s argument about the jobs that would be created doing all this much-needed work. Fewer Americans would be “idling.”

The economic uplift that will come from speedier and more efficient travel — and as a result of people contributing to the economy rather than being dependent on the government — could be (as Trump often says) huge.

After all, one of the things that made America great back when JFK was in office was that America — and Americans — got things done. In style, and efficiently.

If Trump can bring back those days, that $1 trillion will have been money very well spent.