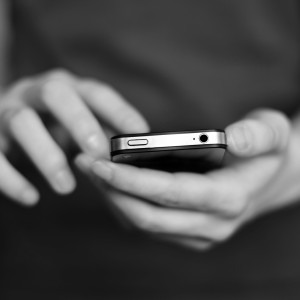 The Federal Communications Commission announced the first enforcement of its net neutrality rules last week with a $100 million fine against AT&T for misleading customers about the carrier’s “unlimited” data plans — a penalty the agency claimed resulted from “thousands of complaints” from customers asserting the provider throttled their mobile data without proper notice.

But according to a report out this week based on comments from the FCC itself, the actual number behind those “thousands” is somewhat exaggerated.

The FCC announced the enforcement action — the first of its newly enacted net neutrality rules effective June 1 — in response to an agency investigation that found AT&T “severely slowed down the data speeds for customers with unlimited data plans” and “failed to adequately notify its customers that they could receive speeds slower than the normal network speeds AT&T advertised.”

In 2011, the carrier enacted a “Maximum Bit Rate” policy to cap the data speed transmissions of unlimited customers after they reached a certain data usage threshold during the monthly billing cycle. According to the FCC, the capped speeds were significantly slower than the data speeds AT&T advertised, and “impaired the ability of AT&T customers to access the Internet or use data applications for the remainder of the billing cycle.”

“Consumers deserve to get what they pay for,” FCC Chairman Tom Wheeler said in a statement last week. “Broadband providers must be upfront and transparent about the services they provide. The FCC will not stand idly by while consumers are deceived by misleading marketing materials and insufficient disclosure.”

AT&T renewed millions of unlimited data contracts with the Maximum Bit Rate policy in place after 2011, and slowed the average unlimited data customer’s speed 12 days out of their billing cycle, making it difficult to stream video, use GPS navigation and other common high-bandwidth services.

The FCC investigation asserted the carrier did not provide proper notice to customers in regard to the policy, and charged the company with violating the Open Internet Order for “falsely labeling these plans as ‘unlimited’ and by failing to sufficiently inform customers of the maximum speed they would receive under the Maximum Bit Rate policy.”

“Since 2011, the commission has received thousands of complaints from AT&T’s unlimited data plan customers stating that they were surprised and felt misled by AT&T’s policy of intentionally reducing their speeds,” the FCC said in a news release last Wednesday announcing the fine. “Consumers also complained about being locked into a long-term AT&T contract, subject to early termination fees, for an unlimited data plan that wasn’t actually unlimited.”

A report out Tuesday from the tech policy non-profit watchdog Media Freedom, which is supported in part by the communications industry and other foundations, found those “thousands of complaints” were more like “a” thousand — “over 1,600 complaints” from 2011 to 2014, to be exact, according to an FCC official speaking on background.

“What made this claim immediately curious to me is that in November of 2013 I got an FCC official to go on record to say the agency doesn’t specifically tally net neutrality complaints,” the director of Media Freedom Mike Wendy wrote in a blog post Tuesday. “Yet, the above statement stretches back to 2011, which notes thousands of specific net neutrality complaints since then.”

“The FCC’s own documents reveal something strikingly at odds with its assertion in the fine. Namely, that there have never been thousands of net neutrality complaints, let alone thousands of specific ‘unlimited plan’ complaints.”

The net neutrality Open Internet Order adopted by the FCC in February states the commission “has received hundreds of complaints regarding advertised rates, slow or congested services, data caps, and other potentially deceptive practices” in total across the broadband and mobile industries, leaving open the question of how the agency received thousands directly related to AT&T alone.

The net neutrality notice of proposed rulemaking released by the agency last year makes no specific mention of unlimited data plans, and in the notice of the fine released last week, the FCC cites just six cases of data throttling, all of which took place between the summer and fall of 2014.

“Last I checked, that number does not qualify as thousands,” Wendy wrote. “According to that same official, the agency chose more recent examples because they ‘seemed especially relevant,’ reflecting ongoing concerns about AT&T’s practices.”

Wendy said in the long term, he expects AT&T will beat back the charge.

“I think the legal process will side with the company,” Wendy told InsideSources. “The FCC looks like it has ‘dirty hands,’ that this was a trumped-up, baseless charge. Quite simply, the underlying facts and past practices of the agency do not support its determination in the [notice of apparent liability], and AT&T will eventually prevail against the commission on this one.”

Wendy added the regulatory action is just one example of the FCC’s handling of net neutrality, and one that could set a precedent for the future.

“I think the exaggerated claim reflects very poorly on the FCC and its new net neutrality rule,” Wendy said. “It’s a bad habit that does not build trust, being essentially designed to mislead and misdirect on important matters of public policy. Not beholden to facts, or math, or congressional authority, the agency has made itself the Internet’s warden — an arbitrary and capricious one at that.”

“If this is what we have to expect from the agency going forward, the Internet is in a whole lot of trouble.”

The FCC declined to provide a specific number of complaints or comment for this story.