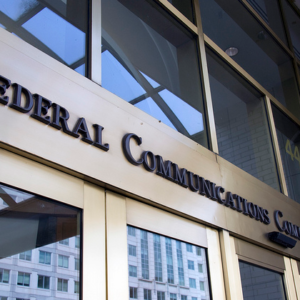 The Federal Communications Commission has inserted itself in the dispute between DISH Network and Sinclair Broadcast Group that resulted in TV channel blackouts of more than a hundred local stations in over 30 states Wednesday.

Chairman Tom Wheeler ordered the two companies to meet with the FCC Media Bureau in an emergency meeting Wednesday, and gave the companies until midnight to file their grievances. The negotiation breakdown cut off of 129 TV stations in 36 states and the District of Columbia for satellite customers after retransmission negotiations reached their deadline Wednesday morning.

DISH, the second-largest television provider in the U.S., described the cutoff as “the largest blackout in U.S. television history” for some 5 million DISH customers, “the most markets ever impacted” according to the FCC. Sinclair is the largest broadcast group in the U.S.

“The public interest is the commission’s responsibility,” Wheeler said in a statement Wednesday. “We will not stand idly by while millions of consumers in 79 markets across the country are being denied access to local programming. The commission will always act within the scope of its authority if it emerges that improper conduct is preventing a commercial resolution of the dispute.”

“Just last year, Congress instructed the commission to look closely at whether retransmission consent negotiations are being conducted in good faith. That’s why I have proposed to my fellow commissioners a new rulemaking to determine how best to protect the public interest. The facts surrounding this dispute inform our findings in that proceeding, but we will not wait to act on behalf of consumers.”

DISH told the FCC it complied with all of the conditions set down by Sinclair to carry stations including ABC, CBS, NBC, and FOX, with the exception of a stipulation “for future carriage rights of a cable network that Sinclair does not yet own,” and is aiming to buy. DISH declined to identify the network in question, but earlier this year accused Sinclair of refusing to enter negotiations unless DISH agreed to carry 32 additional stations the broadcaster controls in the same markets.

In a complaint filed with the FCC, DISH accused Sinclair of negotiating in bad faith in violation of FCC rules, while Sinclair general counsel Barry Faber said the group is “not interested in negotiating this transaction in the press,” and accused DISH of causing “more recent station blackouts than any other” provider.

“In the end, this is simply a commercial business transaction in which the parties unfortunately were not able to agree on terms,” Faber wrote Wednesday according to ABC. “Fortunately, the public has ways to receive our stations other than from Dish, including for free over the air.”

“The current rash of TV channel blackouts result from a broken market that is itself a product of antiquated laws and regulatory neglect,” Michael Calabrese, who directs the Wireless Future Project at OTI, added. “Long ago the government gave Sinclair and other local TV stations free use of the public airwaves, a subsidy now worth billions. In exchange, Sinclair’s primary public interest obligation is to broadcast their content free over the air.”

“Instead, like many broadcasters, Sinclair is holding millions of consumers hostage to its demand for higher and higher cable carriage rates that are ultimately passed along to those same consumers. The FCC needs to end these consumer blackouts by imposing a system of alternative dispute resolution that includes mediation and baseball-style arbitration if needed.”

The blackout ended late Wednesday following the meeting, where both parties agreed to continue negotiations.

“On behalf of more than 5 million consumers nationwide, I am pleased DISH and Sinclair have agreed to end one of the largest blackouts in history and extend their negotiations,” Wheeler said in a late Wednesday statement. “The FCC will remain vigilant while the negotiations continue.”

In an FCC blog post earlier this month Wheeler said the FCC will open an inquiry into retransmission oversight in response to disputes like the one between DISH and Sinclair.

“The [notice of proposed rulemaking] currently before the commission undertakes a robust examination of practices used by parties in retransmission consent negotiations, as required by Congress,” Wheeler wrote. “The goal of the proposed rulemaking is to ensure that these negotiations are conducted fairly and in a way that protects consumers.”