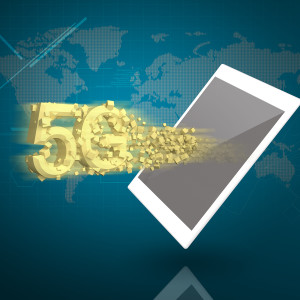 The Federal Communications Commission is poised to pave the way for wireless carriers to deploy the next generation of mobile networks — 5G — the technology that could boost wireless speeds up too 100 times faster than today, and kickstart the broad adoption of virtual reality (VR) and the internet of things (IoT).

Commissioners are expected to approve Chairman Tom Wheeler’s Spectrum Frontiers Order during the FCC’s monthly open meeting Thursday, setting aside high-band spectrum for wireless carriers in the 28, 37 and 39 Gigahertz bands for licensed use, and putting the U.S. first on the world map of 5G.

“The decision we make Thursday could actually be the most important decision this commission makes this year,” Wheeler told members of Congress during an FCC oversight hearing Tuesday.

The increase in speed will at minimum be 10 times faster than 4G LTE, boasting speeds resembling those carried on fiber and “responsiveness less than one-thousandth of a second, which enables real-time communication; and network capacity multiples of what is available today,” Wheeler added.

While the pace of technology previously rendered the high-band spectrum in the plan unusable, new technologies including high-frequency millimeter wave bands and small cell networks will allow carriers to make use of the bands, which have more than five times the space of lower bands used in 4G.

While typical low-band spectrum is 5 to 10 MHz in width, 5G blocks will be more like 200 MHz across, and provide for more and faster backhaul carrying internet data to cell towers.

The additional space will increase speeds from the current average of 10 to 20 Megabits per second to 100 Mbps to 1 Gigabit, drastically boosting download speeds for streaming high definition 4K video and enabling new tech like VR. It’ll further expand the processing power of the cloud to “enable smart-city energy grid and water systems, immersive education and entertainment, and, most importantly, new applications yet to be imagined,” Wheeler said Tuesday.

In his announcement of the plan in June, the chairman said it’ll seek comments on opening up other high-frequency bands, propose making a 14 gigahertz unlicensed spectrum band for shared use and seek rules for spectrum sharing between satellite, mobile and federal entities.

Though the FCC’s move marks a bold step in the right direction by the federal government, the broad deployment of 5G will require significantly more work by state and local governments before its full potential can be realized, according to Richard Adler, a fellow at the Palo Alto-based research non-profit Institute for the Future.

While the benefits of 5G could be “immeasurable” according to Adler, they’ll require far more infrastructure to implement them across multiple sectors of the economy, “including healthcare, education, manufacturing, energy, agriculture, hospitality, transportation, among others.”

“One of the most distinctive challenges of building out 5G networks will involve ‘densifying’ existing networks by deploying both additional towers, and an unprecedented number of smaller cells, including multiple cells within a single building or, potentially, a single room,” Adler told reporters during a conference call Tuesday. “This will require a great deal of public-private cooperation.”

Small cell networks are required to catch and bounce high-band frequencies, typically weak when not moving in a straight lines.

Wheeler’s plan echoes the need for spectrum sharing and in June, he said the commission already sped up its process for approving applications for tower site construction.

With regard to backhaul, the chairman said the FCC’s pending proposal to rewrite the rules for business broadband will ensure providers get the capability they need at an affordable price.

“These backhaul connections can be as much as 30 percent of the cost of operating a wireless network,” Wheeler said. “And with the additional sites required to support use of the millimeter wave spectrum, that percentage is likely to increase, to as much as 50 percent.”

Despite the hurdles, Adler is optimistic.

“Finding solutions to this tapestry of challenges is a knotty problem, to be sure. But the payoffs that will come from 5G connectivity are immeasurable,” he said. “And 5G networks will dramatically expand the Internet of Things, allowing all sorts of companies and organizations to connect with and coordinate vast networks of devices on which their operations depend.”