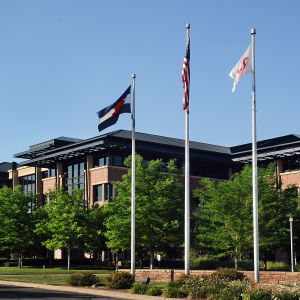 Posted to Technology May 18, 2015 by Giuseppe Macri

As a result of Americans’ growing need for wireless spectrum to fuel bandwidth-heavy services like video streaming, the FCC has begun reallocating airwaves from federal government entities in order to share and relicense it to wireless providers. Tax subsidies are being offered for smaller providers looking to expand their networks and increase competition.

During an auction in January when companies including AT&T, Verizon, and T-Mobile bid for spectrum licenses, which netted the federal government $45 billion in revenue, two smaller providers that qualified for the FCC’s “Designated Entity” 25-percent tax incentive discount, Northstar Wireless and SNR Wireless, shelled out $13.3 billion (before the discount) to acquire 700 of the 1,600 Advanced Wireless Service (AWS)-3 spectrum licenses — spending the third largest sum behind AT&T and Verizon.

Dish Network — the second-largest satellite television provider in the U.S. — owns an 85-percent stake in Northstar and SNR, leading many in the industry and government to accuse Dish of manipulating the auctions through shell companies — neither of which existed until months before the auction — and taking advantage of federal subsidies meant to bolster small business and increase competition for consumers.

The FCC itself has been accused of facilitating such a flagrant example of corporate cronyism, and in April, approved a motion to seek public comment on the auction “while ensuring that there are adequate safeguards to protect against unjust enrichment to ineligible entities.”

Other providers who participated in the auction, including AT&T and Verizon, have reportedly already received their spectrum assignment, while Dish has not been formally assigned any of the 25 MHz they bid on — an indicator that the FCC is taking the matter seriously.

“This well-intentioned program now helps Goliath at David’s expense,” FCC Commissioner Ajit Pai said in prepared remarks before a House hearing about the FCC’s 2016 budget last week. “Small business discounts are now being used to give billions of dollars in taxpayer-funded subsidies to Fortune 500 companies and to make it harder for legitimate small businesses to compete in the wireless market.”

Pai, one of the first to accuse Dish of foul play following the auction, wrote in a Wall Street Journal op-ed with Senate Commerce, Science and Transportation Committee member Kelly Ayotte in February that the FCC “needs to do a top-to-bottom review of policies that aid billion-dollar interests at the expense of entrepreneurs,” and encouraged Congress to “conduct oversight and put an end to this corporate welfare.”

Missouri Democrat Claire McCaskill, who sits on the same committee that oversees the FCC in Congress, sided with Republicans Pai and Ayotte in an angry letter to FCC Chairman Tom Wheeler in February.

“Wireless spectrum and federal resources are both far too scarce to allow multibillion-dollar corporations to abuse taxpayers this way,” McCaskill wrote, vowing to “address the problem through legislation if necessary.”

Pai and Ayotte also pointed out how recently proposed rules to amend the Designated Entity (DE) program, which Congress directed the commission to set up in 1993 “to give small businesses an opportunity to compete in spectrum auctions against large corporations by providing the small companies with taxpayer-funded bidding credits,” would open up more loopholes for large corporations.

“Incredibly, the FCC last year proposed to loosen the DE rules in a way that would make it easier for big companies to snag benefits intended to help small ones. For example, the agency would allow DEs that obtain spectrum at a discount to lease all of it to the nation’s largest providers,” they wrote.

The move by Dish, which currently offers no wireless broadband services with which to utilize its spectrum, has already shut out smaller providers looking to expand their networks into undercovered rural areas.

“For example, [Grand River Communications] explained that it is attempting to find innovative ways to build out its wireless network to its customers in rural Missouri,” a lawyer representing a group of small telecommunications providers wrote to the FCC in March. “GRC knows that an opportunity to obtain spectrum below sub-1 GHz is essential to build out a more efficient network in rural areas where the AWS-3 spectrum is not as efficient.”

“Moreover, in rural areas like Princeton, Missouri, schools depend on the local carriers to provide broadband to the school systems. Because providers like GRC continue to be outbid by large carriers disguised as ‘very small businesses,’ GRC and other rural carriers are losing out on spectrum that would provide a complimentary service to an already established landline system.”

Last week, the NAACP and Communications Workers of America — the largest communications labor union in the U.S. — joined with conservative groups including Americans for Tax Reform, Center for Individual Freedom, National Taxpayers Union and Taxpayers Protection Alliance to file petitions urging the FCC to deny Dish’s winning bids for spectrum.

The backlash of criticism that has emerged from such strange industry bedfellows shows the momentum behind efforts to end possible examples of corporate cronyism in future spectrum auctions.

In an April statement, Dish said it “fully complied with all legal requirements for the AWS-3 auction, including antitrust law and the DE rules, which were unanimously approved by the full commission,” and in an interview last Thursday, Dish Chairman and CEO Charles Ergen said the company’s tactics equaled a win for taxpayers.

“The big headline is, well that’s a loss to the taxpayer, and that’s a pretty easy headline if you look at it on a very superficial level,” Ergen said on CNBC’s Squawk on the Street, arguing that the bids from his company’s shell corporations generated more money for the U.S. Treasury by amping up bidding overall.

“So if you take the $3 billion discount off of that, do the math. Somewhere between $15 and $20 billion, the taxpayer made more because of our participation.”

Dish’s auction tactics threaten to set a far greater precedent in the FCC’s upcoming incentive auction, where the agency will buy back and reallocate spectrum from television broadcasters and open it up for bidding to wireless companies.

In response to petitions from T-Mobile, Sprint and others, the FCC has already set aside up to three licenses (30 MHz) for bidding in each market that wireless giants Verizon and AT&T are ineligible to bid on. Dish has since joined in, and along with the others, asked the FCC to set aside four licenses (40 MHz) — or half of all those available, leading many to speculate the incentive auction will become another opportunity for taxpayers to subsidize telecommunications giants.

Providing billions in subsidies to billion-dollar companies for purchasing spectrum (which, in Dish’s case, isn’t even being used) means reducing the amount of federal funds available to buy back spectrum from broadcasters. That, in turn, means less available spectrum to resell to mobile providers and alleviate the U.S.’s growing need for wireless bandwidth.

Groups, including those mentioned above, have petitioned the FCC to implement serious reforms to the DE program ahead of the incentive auction, such as placing limits on acquiring spectrum solely to lease for profit, capping DE bids to a multiplier of their annual revenue and eliminating joint bidding agreements between DEs and non-DEs — like the one used by Dish and its subsidiaries in January.

Wheeler has indicated an interest in supporting certain reforms, and aside from opening the agency up to public comment on the Dish auction, stated during a congressional hearing in March that he was not in favor of “slick lawyers” gaming the system at taxpayers’ expense.

“I am against slick lawyers coming in and taking advantage of a program that was designed for a specific audience and a specific purpose,” Wheeler told the Senate Commerce Committee alongside Pai earlier this year.

“Over the past few months, we’ve seen a remarkable groundswell of opposition from across the political spectrum to the notion that big business can game the system at the expense of the American public,” Pai told InsideSources. “I hope the FCC will be mindful of this sentiment and fundamentally restructure the designated entity program before the upcoming broadcast incentive auction.”

“We recently took a good first step by asking for public input on various ways to do that. I hope the end result of the FCC’s efforts is bipartisan reform that ensures that this kind of abuse never happens again, including during the incentive auction.”