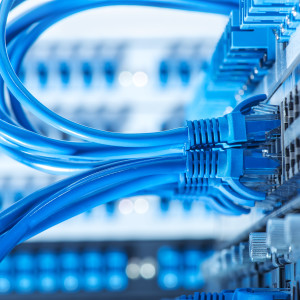 That number accounts for 10 percent of all Americans nationwide, primarily in rural areas, compared to only 4 percent who lack access to a wired broadband service provider in urban areas.

“While the nation continues to make progress in broadband deployment,” the report out of FCC Chairman Tom Wheeler’s office reads, “advanced telecommunications capability is not being deployed in a reasonable and timely fashion to all Americans.”

Of all rural Americans, 39 percent — including 41 percent of tribal lands residents — lack such access, defined by the FCC as a minimum download speed of 25 megabits per second and upload speed of 3 Mbps.

Americans in those areas primarily rely on mobile and wireless providers for Internet access, which traditionally lag far behind wired speeds.

The FCC has yet to set a benchmark speed for mobile connectivity, but it reports Americans with exclusively mobile connections are at an economic disadvantage.

Commissioners will consider stamping their approval on the report during the FCC’s next open meeting on Jan. 28, when Republicans and Democrats will likely disagree over its contents.

The broadband industry itself wasted no time in drafting its response to the report Friday.

“It would seem that the FCC’s report should carry the headline ‘our policies have failed’ since it concludes that six years after adoption of the national broadband plan, the commission’s actions haven’t produced even so much as a ‘reasonable’ level of broadband deployment,” USTelecom President Walter McCormick said in a statement.

The lobbyist group represents some of the biggest broadband providers in the U.S., including AT&T, Verizon and CenturyLink.

“But, of course, with more than $75 billion a year being invested by broadband providers, network capacity burgeoning, and speeds increasing exponentially – as the commission’s latest fact-based broadband measurement report shows – no one actually believes that deployment in the United States is unreasonable.”

“Unfortunately, this annual process has become a cynical exercise, one that eschews dispassionate analysis, and is patently intended to reach a predetermined conclusion that will justify a continuing expansion of the agency’s own regulatory reach.”

Providers have reached 7 percent more Americans since last year’s report, when the FCC reported 17 percent of Americans — 55 million people — had no access to broadband.

The agency has taken on a number of endeavors to speed up broadband deployment, incentivize providers to build out their networks and make broadband more accessible to low-income Americans, including reforming the Lifeline program to include broadband, funneling more than $2.8 billion into the E-rate program to expand faster broadband into schools, and $1.5 billion annually to ten carriers from the agency’s Connect America Fund, which aims to deploy broadband into 3.6 million homes and businesses across 45 states by the end of 2020.