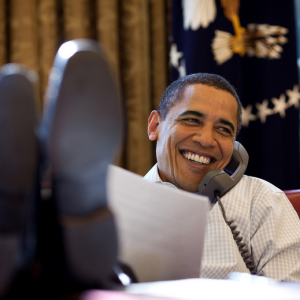 The Federal Communications Commission is gearing up to advance another contentious issue dividing Republicans and Democrats on the commission and in Congress this week — an expansion of its Lifeline, or ‘Obama phone,’ low-income subsidized phone service program, which opponents and advocates agree has been abused by providers and consumers for years.

On Thursday the agency will seek comment on an expansion to the 30-year-old program to provide subsidies to low-income Americans for purchasing broadband Internet service. The three Democrats on the commission — including Chairman Tom Wheeler — have already expressed their support for the measure, virtually guaranteeing its advancement.

Expanding Lifeline could be the most divisive issue the commission has tackled since the partisan 3-2 vote to adopt Wheeler’s net neutrality Open Internet Order earlier this year. The rules went into effect Friday.

“The Lifeline program was established in 1985 to help low-income Americans afford access to vital communications,” Wheeler wrote in a blog post in late May. “Our nation’s enduring promise is opportunity for all, and helping financially struggling Americans access basic communications empowers individuals to pursue new opportunities and build better lives.”

“As I told Congress earlier this year, it is time to overhaul Lifeline to make sure it is still performing the critical function for which it was formed.”

While all five commissioners acknowledge the program’s purpose, Republican Commissioner Ajit Pai argues an expansion to the program can’t be weighed without acknowledging the rapid uptick in cost and abuse in recent years.

“From the end of 2008 to 2012, the size of the program exploded from $819 million to $2.19 billion, an increase of 25.9 percent a year in real terms. This growth was fueled by substantial fraud and abuse,” Pai said in prepared remarks delivered to a Senate appropriations subcommittee last month, while testifying on the FCC’s requested 2016 budget increase.

“Phone companies were claiming subsidies for phantom customers or siphoning multiple subsidies for the same person. And some consumers were apparently signing up with every Lifeline company around. A 2013 FCC investigation identified 306 individuals, each of whom had signed up for at least four Lifeline accounts — some actually had 11 accounts in their name!”

Under the program, participants commonly receive a free cellphone and $9.25 monthly subsidy for cell service. Wheeler’s proposal wouldn’t grant participants more money to get broadband service, but would allow them to apply the $9.25 subsidy to the service of their choice.

Reforms to Lifeline introduced in 2012, including setting up a database to prevent telecommunications providers from claiming multiple subsidies for the same customers, reduced the flow of fraud and abuse, and brought the cost of the program down to $1.6 billion in 2014. But three years later, falsified, unverified applications continue to get approval, with many participants failing to provide any eligibility documents, including receipt of food stamps, Medicaid or housing assistance, to the FCC.

In many cases subscribers can get approval simply by using another person’s name, using the address of a vacant home, or providing fake food stamp cards. Vendors commonly receive commission for enrolling participants in the program, further incentivizing a scant approval process.

Wheeler wants to address some of those abuses by taking the verification of enrollees out of telecommunication providers’ hands entirely. Republicans including Pai want additional reforms to the program, including a capped budget, a reduction in incentives to reduce fraud, requiring recipients to make some contribution to their subsidized plans, asking states to help enforce the rules and stepping up the FCC’s own active enforcement role.

So far, providers and vendors have racked up about $96 million in FCC fines for Lifeline negligence and fraud — a paltry sum compared to the profits companies reign in from aggressively pitching the program to millions of consumers.

“There’s been much talk about expanding Lifeline to cover broadband. Before we do that, however, we need to do our due diligence. The commission has already held a pilot program to test out subsidies for broadband and how that impacts adoption. But we still haven’t seen the results,” Pai said. “Before there’s any discussion of expanding the program to broadband, we have to finish that report and give commissioners and the American public a meaningful opportunity to study it and provide their feedback.”

“After all, the most definitive study of broadband adoption to date suggests that two-thirds of non-adopters wouldn’t subscribe to broadband at any price. So we need to be cautious about expanding the Lifeline program and make sure we’re really getting a bang for the taxpayer’s buck.”