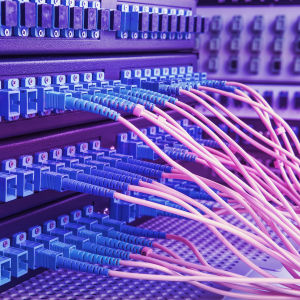 Pai outlined the hardships faced by smaller providers as a result of the new rules in a Monday op-ed penned alongside Nebraska Republican Sen. Deb Fischer, who presides over a number of rural districts with small broadband providers, and sits on the Senate Committee on Commerce, Science and Transportation that oversees the FCC.

“Thus far, dozens of small cable companies, family-owned rural telephone firms and wireless Internet service providers (among others) have risked capital to invest in this effort, which employs thousands of people,” Fischer and Pai wrote for Omaha.com. “They were able to do this because of a longstanding, bipartisan consensus that the market, not government, should guide the Internet’s development.”

“Unfortunately, the U.S. government recently abandoned that approach in favor of heavy-handed, so-called ‘net neutrality’ regulations born in the 1930s — rules that put bureaucrats and lawyers, not innovators and engineers, in charge of the online world.”

Those regulations reclassify ISPs as common carrier public utility services under Title II of the 1934 and 1996 Telecommunications Act, and prohibit ISPs from blocking or throttling Internet traffic and brokering deals with content providers like Netflix, Amazon, Google-YouTube and others to pay more for faster, prioritized service.

They also give the FCC regulatory oversight of everything from the rates ISPs charge connected networks and consumers for service to the cybersecurity protocols they must uphold to safeguard consumer data — powers industry representatives, Republicans in Congress and on the commission itself argue threaten network innovation, expansion, and rights.

As a necessary step to ensure smaller carriers can innovate and grow despite the pressure brought on by the new regulations, Pai proposed a plan Monday to update the rules surrounding the use of the FCC’s Universal Service Fund — an $8.7 billion fund set aside to support providers seeking to expand their broadband networks into underserved rural areas.

“When it comes to broadband, rural residents have waited long enough,” Pai said in a proposal circulated Monday. “Four years ago, the FCC committed to reforming the Universal Service Fund to support broadband throughout rural America — a commitment that echoed the promise of the Communications Act itself to ‘make available, so far as possible, to all the people of the United States… a rapid, efficient, nation-wide, and world-wide wire and radio communication service with adequate facilities at reasonable charges.'”

“On one hand, they can offer stand-alone broadband — which urban consumers have and rural consumers want — and lose universal service support,” Pai said. “On the other, they can deny consumers the option of an Internet-only service, and risk them dropping service altogether (which they increasingly are).”

“The net result is that rural carriers hold back investment because they are unsure if they can deploy the next-generation services that consumers are demanding.”

Pai’s plan would redirect funding from the Universal Service Fund to support small broadband-only providers in rural communities, would ensure that those funds offset the cost of service, allow consumers to choose whether they want to purchase telephone and broadband service from the same provider, fit within the existing budget and be made available to carriers before the end of the year.

“The lack of high-speed broadband in rate-of-return areas is causing real hardships to real people and real businesses today,” Pai said. “Let’s get this fixed. Let’s get rural America connected once and for all.”

According to a statement from broadband lobbyist group USTelecom, one of the groups challenging the FCC’s net neutrality regulations in court, the industry is already lining up behind Pai’s proposal.

“USTelecom appreciates not only Commissioner Pai’s focus on this issue, but also the strong emphasis on the need to deliver broadband connections to rural America and his proposal to get there,” Jonathan Banks, USTelecom’s senior vice president of law and policy, said Monday. “The current approach to supporting rural service must be modernized. We look forward to continuing our work with the chairman and all of the commissioners, staff and industry to connect rural America in an efficient and thorough manner.”

A bipartisan coalition of lawmakers in Congress led by Minnesota Democratic Sen. Amy Klobuchar and Senate Commerce, Science and Transportation Committee Chair John Thune wrote to the FCC in May advising the commission to update the Universal Service Fund rules to include broadband-only rural providers.

The letter signed by 61 lawmakers in the upper chamber urges the commission to “ensure rural consumers are not left behind by antiquated rules that inhibit investment, adoption, and consumer choice.”

“We therefore renew our call for the FCC to expeditiously make careful, targeted updates to the existing USF mechanisms to provide sufficient and predictable support so that consumers in areas served by smaller rural carriers can make the choice to obtain robust broadband services at affordable rates without being compelled to purchase other services,” the senators wrote.