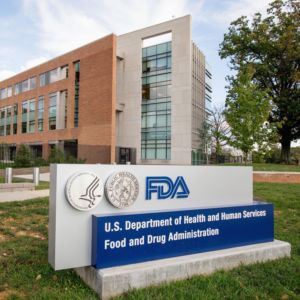 Jenni Sigler started smoking when she was 12 years old. By the time she was 33, she had tried everything to quit. Even with her health declining and her finances suffering, she remained a smoker.

Jenni’s story is common. In 2015, nearly 70 percent of smokers in the United States tried unsuccessfully to quit. Their inability to stop comes with considerable health risks. According to the Centers for Disease Control and Prevention, smoking accounts for more than 480,000 preventable deaths per year. Health complications associated with smoking are also financially taxing, leading to nearly $170 billion in direct medical costs annually.

To reduce both eye-opening figures, the Food and Drug Administration recently announced its intent to reduce nicotine levels in cigarettes. Some policy proposals aim to cut current levels by 97 percent.

The FDA hopes reducing nicotine will cause current smokers to cut back and prevent future generations from starting. Said former U.S. Rep. Henry Waxman, D-California, a champion of the FDA’s efforts: “It is clear nicotine is what keeps people smoking. It’s a drug that is delivered when cigarettes are inhaled and the reason why so many people find it impossible or difficult to give them up.”

But it is important to look beyond policy intentions. Unfortunately, the most well-intended policies, especially those aimed to promote health or deter vices, are often deceptively harmful.

This is no exception.

Often the alternatives are no better or worse.

When other examples of lawmakers attempting to legislate consumer health fail or make the situation worse, why would regulating cigarettes be any different?

The FDA recognizes this problem and anticipates other tobacco products will also need to be regulated. As it noted in a recent press release, “If a standard were to apply to cigarettes only, it could be substantially less effective.”

Even if nicotine levels are reduced in other tobacco products, chances for success are slim. According to one economic study, reducing cigarette smoking rates by 5 percent would require at least a 100 percent tax rate increase. Such an effort would require a massive and expensive program by the FDA, which would provide little benefit.

Perhaps most troubling is that these efforts come at a time when smoking rates have been decreasing for 50 years. Since 1965, the percentage of U.S. adults who smoke decreased from about 40 percent to 17 percent. But the FDA only began regulating tobacco in 2009, which means these reductions are not a result of government regulation.

More recently, many smokers have turned to e-cigarettes to help them kick their addiction. Jenni was one of them. As of 2016, she had not smoked a cigarette in three years and feels that her health has never been better.

But the FDA did not regulate e-cigarettes until 2016, nearly 10 years after they entered the U.S. market. In that time, e-cigarettes have become one of the greatest assets for smokers looking to quit or reduce their intake.

Medical research finds e-cigarettes are healthier alternatives because they do not contain tar and other hazardous materials found in cigarettes. E-cigarettes could also save lives. According to one estimate, switching from cigarettes to e-cigarettes could potentially save 6.6 million lives over a 10-year period.

The same study shows that younger smokers who switch experience the most health benefits. Since the majority of smokers start before they are 18, e-cigarettes play a significant role in preventing a younger generation from the health risks associated with cigarettes.

Despite all of this, lawmakers are urging the FDA to ban certain e-juice (juice for an e-cigarette) flavors they believe to be targeted for teens. The FDA recently began an advanced notice of proposed rulemaking regarding these requests. If successful, these actions will also lead to serious harm guided by good intentions.

Smoking is a deadly and costly habit. Fortunately, a significant amount of Americans have quit without the FDA’s involvement. Considering this, as well as the likelihood the FDA will exacerbate the problem, regulation may be worse for the consumer than smoking!

Raymond March, Ph.D., is a Research Fellow at the Independent Institute and Assistant Professor of Economics at San José State University.