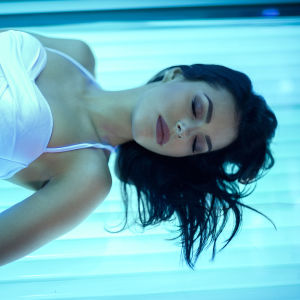 Tanning salons are campaigning aggressively against proposed federal rules banning minors from using their sunbeds and raising restrictions on adult use.

It’s the latest fight in President Barack Obama’s escalating crackdown on indoor tanning, a “known contributor” to deadly skin cancers like melanoma, particularly in young people, according to the Food and Drug Administration.

“We don’t think the decision of whether a minor should tan should be left to the federal government,” said American Suntanning Association board member Chris Sternberg in an interview with InsideSources. “Parents ought to make that call, and most if not all states have a parental consent law.”

As general counsel to the nation’s second largest tanning salon chain, Sun Tan City, Sternberg had even stronger objections to the proposed rules for adults. These include requiring regular tanners to sign a waiver twice a year.

“Requiring adults to sign this ‘risk acknowledgement certification’ every six months in order to be able to use a sunbed is ludicrous,” Sternberg said. “We think it’s government overreach, and it’s borderline harassment.”

FDA spokesman Eric Pahon wasn’t moved by these comments. “The FDA wants to be sure that adults are informed of the risks related to indoor tanning,” he told InsideSources. “Those risks could have potential life-threatening consequences.”

Other objections raised by the Suntanning Association include separate proposed regulations the group says could end up restricting how often adults tan indoors. Specifically, a “Recommended Exposure Schedule” suggests a 48-hour waiting period between tanning sessions, a limit of two sessions per week and an unspecified annual limit.

These are not written as mandates, and they’re nothing more than proposals, but Joseph Levy, the Suntanning Association’s scientific adviser, wants FDA officials to clarify their intentions.

“They need to be more explicit if it’s a recommendation and not to be taken literally,” he told InsideSources. “If their intention is to listen to comments, I don’t see how they cannot meet with us.”

Many in the medical community are eager to see the FDA move forward with its regulations. The American Academy of Pediatrics cheered the idea of a ban on minors tanning in particular.

“There is no safe level of tanning bed use for young people,” said the group’s president, Sandra Hassink, in a December statement. “Exposure to ultraviolent radiation causes skin cancer, and tanning beds are designed to directly expose the skin to radiation in amounts several times greater than that provided by natural sunlight.”

“Alarmingly,” Hassink continued, “the earlier a teen begins to tan indoors, the more hours of UV exposure he or she will accumulate over a lifetime, increasing the chances of developing melanoma and other skin cancers.”

This isn’t just speculation either. Teen tanning is on the rise, fueled in part by its glamorization in the media.

One recent news story raising the dangers of tanning was that of Indiana resident Judy Cloud. She posted graphic photos of herself after her latest of four surgeries removing spots of basal cell carcinoma, hoping to dissuade young people from tanning.

I see too many young girls and teenagers who are tanned year round, and I know what they’re doing to their skin,” Cloud told Self. “I just want people to not think it won’t happen to them. If it does not show up right away, it could show up down the road, and it’s not going to be pretty and it’s not going to be fun. People don’t need to die for a tan.”

The comment period on the FDA regulations continues until March 21.