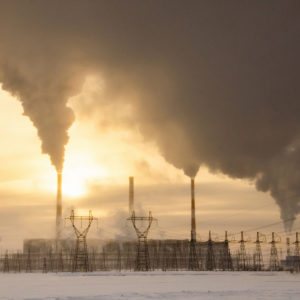 Are Concerns About the Reliability of Natural Gas Electricity Generation Overblown?

The United States has been powered by electricity for a century. Where that power comes from, however, has shifted dramatically over the last few years, as fracking technology dramatically lowered the cost of natural gas, and emissions regulations hampered the use of coal. Natural gas topped coal as the leading fuel for American electricity generation in 2015. Despite new advances in clean coal technology, which have helped to keep America’s oldest fossil fuel competitive, natural gas remains crucial for American electricity generation. As it grows its marketshare, fears about the reliability of natural gas supplies are waning.

Although supporters of coal argue that it has a more stable supply and is less subject to price fluctuations than natural gas, the evidence of the last few years shows that the reliability of natural gas is increasing as it becomes a more common fuel choice. Today, natural gas generates about a third of U.S. electricity. With the construction of additional pipelines and storage facilities, it has become easier to guarantee a consistent on-site supply of natural gas for electricity production.

Like the electric grid itself, the network of pipelines that supply natural gas to America’s generators has been the subject of years of studies which have searched for potential vulnerabilities. One such study, which was released in late March by PJM Interconnection, a company that owns and manages the transmission grid for 65 million customers in 13 states in the Midwest and Mid-Atlantic, concluded that its energy sources would remain reliable even if the use of coal and nuclear continued to decline.

“Natural gas generation, on the other hand, performed well across a broad range of reliability attributes,” the study found. Research examined the reliability of natural gas supply for a range of generation portfolios that blended natural gas, coal, and nuclear to varying degrees. According to their findings, natural gas remained a reliable option even when used for 86 percent of generating needs, the extreme upper limit of what the study considered feasible.

The findings support earlier research by the Department of Defense, which examined the reliability of natural gas supply during worst-case scenario power outages. The study found that, in the face of a moderate outage of between two weeks to three months, there was a “minimal” risk of interrupted deliveries. In addition, the report found that this slight risk of delivery interruption could be mitigated through the use of on-site natural gas storage.

“Historically, there have been very few outages in the natural gas distribution system, with firm delivery contracts exhibiting greater than 99.999% reliability,” the researchers found. “The interconnected nature of the natural gas system has allowed workarounds for any transmission line problems with natural gas coming from storage or from other producing regions and pipelines.”

The study also found that supply risks were decreasing overtime, as shale exploration and new pipelines in places like Pennsylvania helped to mitigate supply shortages in certain areas.

Catherine Landry, vice president of communications at the Interstate Natural Gas Association of America, tells InsideSources that natural gas is “an excellent source for low-emission baseload generation” and reliability fears are misguided.

“Pipelines delivering that gas are also extremely reliable for all customers, including electric generators, provided that the electric generator has contracted for the correct service,” Landry said, adding that the most likely supply disruption would occur if a shipper chose a less costly option.

“If a shipper chooses an interruptible service (which are less costly), they are subject to interruptions during period of peak demand.”

Landry acknowledged that energy markets are regional, however, meaning that coal, hydro, or other generation options might be more reliable or cheaper than natural gas in particular areas.

However, on the whole, U.S. electricity suppliers seem to be betting on the reliability of natural gas.

“I don’t know one CEO who says, now that Trump is in office, let’s go build a coal plant,” said David Crane, senior operating executive of Pegasus Capital Advisors and former CEO of NRG Energy, at an energy conference recently. “[Trump] will be out of office before such a plant is even permitted.”

Not only is natural gas cheaper as a fuel, the regulatory process needed to construct a new natural gas generator is far quicker than the one needed to build a coal generator.

Even supporters of natural gas acknowledge that over reliance on any particular fuel increases the risk. Instead, they stress the need for a diverse fuel portfolio, which allows energy providers to adapt to changes in fuel prices and fluctuations in customer demand.

“Different fuel sources have different attributes and different advantages,” says Tony Clark, a former commissioner for the Federal Energy Regulatory Committee. “Among natural gas’ current advantages is that it is affordable given the newfound shale reserves.”

However, supply issues remain a weakness for natural gas. Coal has the advantage of long term reliability and cost predictability, which allows utility companies to keep supplies of fuel on hand. Natural gas plants instead must rely on pipelines.

“The volatility of gas prices was always its Achilles heel, but concern with that has waned given the abundant supply of shale gas now enjoyed by the U.S.,” Clark says.

At least in energy, variety provides not only spice, but stability.

“My bottom line has been that the key is diversity of fuel supply,” Clark concludes. “Until some huge unforeseen technological shift takes place, it seems as though consumers would be well served by a generation fleet that takes advantage of the positive attributes of a number of different types of generation, which then mitigates the less-favorable attributes that each of them incur.”