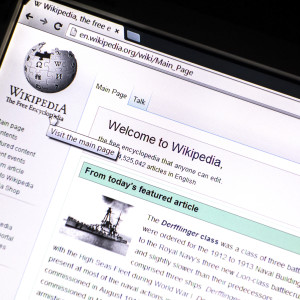 A federal court on Friday dismissed a lawsuit brought by the American Civil Liberties Union, Wikimedia and others against the National Security Agency over mass surveillance practices revealed by NSA whistleblower Edward Snowden in 2013.

The U.S. District Court for the District of Maryland granted a government motion to dismiss the case on the grounds the plaintiffs “had not plausibly alleged that their communications were being monitored by the NSA,” according to the ACLU.

The ACLU represented plaintiffs the Wikimedia Foundation — the nonprofit organization behind Wikipedia — Amnesty International, Human Rights Watch and others in the case to challenge the NSA’s surveillance of the content of Americans’ communications as they cross the global Internet’s backbone.

“The court has wrongly insulated the NSA’s spying from meaningful judicial scrutiny,” ACLU attorney Patrick Toomey, who argued the case last month, said Friday. “The decision turns a blind eye to the fact that the government is tapping into the Internet’s backbone to spy on millions of Americans. The dismissal of the lawsuit’s claims as ‘speculative’ is at odds with an overwhelming public record of warrantless surveillance.”

Plaintiffs filed the case in March to challenge NSA’s “upstream” surveillance, when the signals intelligence agency taps the physical infrastructure of the Internet, such as undersea fiber cables, to surveil the content of foreigners’ communications, like emails, instant messages, etc., as they exit and enter the U.S.

Upstream surveillance is legal under Section 702 of the 2008 FISA Amendments Act, and allows NSA to surveil Americans communications with foreign targets overseas. According to rights groups, it also facilitates a loophole that lets NSA “incidentally” sweep up unrelated data belonging to Americans in the process.

“If people look over their shoulders before searching, pause before contributing to controversial articles, or refrain from sharing verifiable but unpopular information, Wikimedia and the world are poorer for it,” Wikipedia founder Jimmy Wales said in March when the ACLU filed the case.

The groups claim such surveillance, revealed via leaks from Snowden, violate Internet users’ First and Fourth Amendment rights, arguing the knowledge that they’re being surveilled will produce a chilling, self-censoring effect on their activity, and that collecting their communications constitutes unreasonable searches and seizures.

The ACLU previously challenged the FISA Amendments Act in Amnesty v. Clapper, which the Supreme Court dismissed in 2013. At the time the court said the ACLU lacked standing to establish parties in the case were surveilled or harmed.

Wikimedia and others mounted a new challenge after slides from Snowden detailing Section 702 programs like “Prism” and “Muscular” showed NSA targeted Wikipedia and its users, and even included the website’s logo.

“[T]he volume of Wikimedia’s communications is so incredibly large that there is simply no way the government could conduct upstream surveillance without sweeping up a substantial number of those communications,” ACLU lawyer Jameel Jaffer wrote during a Reddit AMA session about the case earlier this year.

Despite the seeming evidence this time around, the lawsuit produced the same result Friday as Amnesty v. Clapper in 2013.

Though the ACLU suffered a loss, the subject of domestic surveillance has not gone unnoticed since the case was filed. Another federal court declared the NSA’s bulk collection of Americans’ telephone metadata illegal earlier this year, and Congress passed the long-stalled USA Freedom Act to dismantle the database earlier this summer.

And lawmakers and activists alike haven’t forgotten about Section 702. The authority, up for renewal in 2017, came up again this week as the Senate mulls passing the Cybersecurity Information Sharing Act, currently dividing surveillance hawks and privacy advocates in the upper chamber.

“Congress should also reform FISA Amendments Act Section 702, which is set to sunset at the end of 2017, to bring elements of the National Security Agency’s spying in line with international human rights standards,” digital rights group Access said in a statement opposing CISA earlier this week.

“The [Court of Justice of the European Union] based its decision on two programs operated under 702  —  PRISM and Upstream  —  which most egregiously affect non-U.S. persons. The NSA uses PRISM to obtain internet communications from U.S. tech companies and Upstream to query data entering the U.S. through fiber optic cables.”

Two weeks ago the EU court cited Section 702 programs in its decision to nullify the U.S.-EU “Safe Harbor” agreement, which previously allowed U.S. Internet companies like Facebook to self-certify they were transferring and processing the data of EU citizens in compliance with EU privacy standards.

Absent the agreement, companies face legal uncertainty in transferring data across the Atlantic until the two sides ink a new deal, in the works for the last year and a half.

“This law, also known as Section 702, has significant privacy implications for innocent Americans. And with the European Court of Justice’s decision, it continues to have significant implications for American businesses in the global economy. I look forward to working with you to reform Section 702 and other surveillance authorities.”