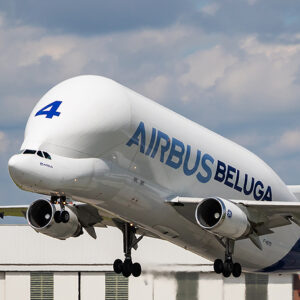 Federal Government Should Not Reward Foreign Companies for Cheating

Here is a 21st-century riddle: “What do you call a defense contractor that cheated and cost American companies billions of dollars?” The answer: Airbus.

Don’t take my word for it. Here is then-U.S. Trade Representative Robert Lighthizer two years ago: “For years, Europe has been providing massive subsidies to Airbus that have seriously injured the U.S. aerospace industry and our workers. Finally, after 15 years of litigation, the WTO (World Trade Organization) has confirmed that the United States is entitled to impose countermeasures in response to the EU’s illegal subsidies.”

The WTO awarded the U.S. $7.5 billion, almost twice the largest amount it had ever given. This had been going on for years. As far back as 2011, a WTO panel “confirmed that the EU and four of its member states (Germany, France, the UK, and Spain) conferred more than $18 billion in subsidized financing to Airbus and had caused Boeing to lose sales of more than 300 aircraft and significant market share throughout the world.”

There was never really any doubt that Airbus was taking the subsidies, and that doing so was wrong. It just took almost a decade of appeals to finally wrap up the case.

While it was dragging out that appeal, Airbus was also engaging in corrupt conduct, both in the United States and overseas.

“Airbus has admitted to a years-long campaign of corruption around the world,” U.S. Attorney Jessie K. Liu of the District of Columbia announced last year. “Through bribes, Airbus allowed rampant corruption to invade the U.S. system. Additionally, Airbus falsely reported information about their conduct to the U.S. government for more than five years in order to gain valuable licenses to export U.S. military technology.  This case exemplifies the ability of our prosecutors and law enforcement to work with our foreign counterparts to ensure that corruption around the world is prevented and punished at the highest levels.”

Airbus paid some $3.9 billion to settle that case.

There is a pattern here. Airbus cheats to win contracts from governments, including our own. Then European governments pay Airbus back through illegal subsidies. All the while, Airbus keeps bidding for defense contracts, just as if it wasn’t a corrupt actor.

In India this year, “a $2.5 billion contract was finally awarded to Airbus Defense & Space for the order of 56 Airbus C-295 military transport aircraft under a project intended to replace the Indian Air Force’s (IAF’s) obsolete, locally constructed Avro HS 748 airlifters.” The first of those aircraft will be made in Spain, with some to eventually be made in India. If Airbus keeps its word.

Were those contracts fair? Or were they the result of illegal subsidies and unfair government support? There is simply no way to know. Nobody would want to bet on Airbus, based on its record of deceit over the past many years.

Let’s go back to the $7.5 billion WTO fine. The “Arbitrator calculated this amount based on WTO findings that EU launch aid for Airbus is causing significant lost sales of Boeing large civil aircraft, as well as impeding exports of Boeing large aircraft to the EU, Australia, China, Korea, Singapore, and UAE markets.” Note that is civil aircraft. It says nothing about how much Airbus has cost defense contractors. Probably billions more.

This matters, a lot, because while Airbus keeps winning contracts, the losers are American companies, American workers, and American taxpayers.

Parents know that if you reward bad behavior, you’ll end up with more of it. Politicians should remember that as well when Airbus applies for defense contracts. The company is paying a price, but it needs to lose more contracts before we can be sure it will reform itself.