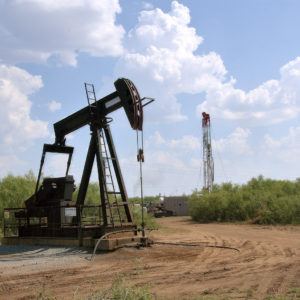 How different America’s energy prospects are today than they were at the turn of the century. In 2000, the accepted wisdom was we were running out of oil and natural gas. At the time, we were importing more than half of our oil needs and building terminals to import liquefied natural gas (LNG).

But thanks to the “shale revolution,” that has nearly doubled oil and gas production, 17 years later imported oil accounts for only a quarter of consumption and we’re actually exporting a million barrels per day. Some of those terminals that were built to import natural gas have been converted to export facilities as America has become a small but fast-growing player in the international LNG market.

Three recent developments can help ensure America’s energy dominance well into the future. Several weeks ago, the U.S. Department of the Interior proposed that nearly 77 million acres in the Gulf of Mexico be offered for drilling leases with the first sales occurring next March. The sale will include all un-leased areas on the Gulf’s outer continental shelf (OCS) which includes offshore Texas, Louisiana, Mississippi, Alabama and Florida.

Offshore production currently accounts for more than one million barrels a day, but that’s only a fraction of its potential. According to reputable estimates, 90 billion barrels of oil and 327 trillion cubic feet of natural gas are recoverable from the Gulf of Mexico and Atlantic OCS.

In addition to offshore lease sales, the Interior Department announced it will hold an auction for 900 tracts on federal land in northern Alaska in December. Known as the National Petroleum Reserve-Alaska (NPR-A), the reserve is estimated to hold about 900 million barrels of oil and large amounts of natural gas.

Finally, the Trump Administration is pushing to open up a portion of the 19-million acre Arctic National Wildlife Refuge (ANWR) to oil and gas drillers. When Congress established the ANWR in 1980, it designated 1.5 million acres of coastal plain along the Beaufort Sea for possible energy exploration due to its proximity to Prudhoe Bay and other parts of the North Slope where large oil fields have been producing since the 1960s. The U.S. Geological Survey estimates the area to contain up to 12 billion barrels of recoverable crude. Importantly, this “non-wilderness” section of the ANWR does not include any critical habitat for wildlife such as caribou, polar bears, and migratory birds.

Not surprisingly, all of these initiatives are facing political and environmental pushback, with opponents citing the 1989 Exxon Valdez spill in Alaska and the 2010 Deepwater Horizon blowout in the Gulf of Mexico. But safety protocols and regulations have been greatly strengthened in response to these incidents.

In fact, the oil and gas industry has more than demonstrated its ability to operate safely in environmentally sensitive locations. This is especially the case in the Arctic where more than 50 years of exploration, drilling, production and transport of oil and gas has been conducted without any measureable environmental degradation.

Both the Gulf of Mexico and Alaska have high production costs due to their remote locations, and it’s not clear all the tracts being offered will receive bids in view of current and near-term forecast prices for oil and gas. Nonetheless, to maintain long-term U.S. energy competitiveness as we become a larger player in the global market, it’s important to open up these areas so they can be included in America’s portfolio of energy reserves.

We should also keep in mind that America’s growing energy dominance is not just a matter of national security; it’s also a huge plus for the domestic economy that’s creating tens of thousands of new high-wage jobs while generating substantial tax receipts for Washington as well as state and local governments.