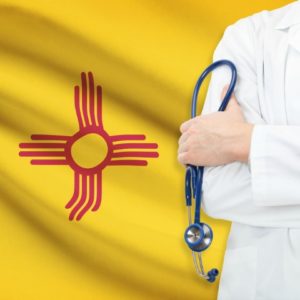 New Mexico is severely lacking in mental health services for the large number of residents — mostly rural — who are on Medicaid, and the need is dire because the state “has among the highest rates for suicide and deaths from overdose in the Nation,” a new federal report says.

The OIG found fewer than one-third of licensed behavioral health providers are located in rural areas even though nearly half of Medicaid managed care enrollees in New Mexico live outside its more populated regions.

“Notably, only 29 percent of the State’s licensed providers are in rural and frontier counties, despite nearly half of the State’s Medicaid managed care enrollees residing in these counties,” according to the OIG. “Further, a significant number of New Mexico’s licensed behavioral health providers do not provide services to Medicaid managed care enrollees.”

Gov. Michelle Lujan Grisham “pushed hard” when she was a state legislator for the report, after the previous administration shut down the behavioral health network, a spokeswoman for the state’s Human Services Department (HSD) told InsideSources. The report was undertaken after a congressional request.

“We have a long way to go in rebuilding our health care delivery network in New Mexico, and every step we take is a positive development,” Lujan Grisham said earlier this month. “I want New Mexicans to know we are firmly committed to creating the best possible environment for service providers and patients all across New Mexico.”

Federal investigators looked at the number of providers, their waiting lists, problems with referrals and continuing care issues. The majority of the behavioral health organizations evaluated could not provide urgent appointments within 24 hours. Scheduling routine appointments ranged from nearly three weeks to three months, according to the report.

The report recommended HSD: boost transportation options; improve broadband access to have patients benefit from telehealth services; identify and share information about strategies to better coordinate care; and develop proposals to combine behavioral and primary health care, among other proposals.

State Human Services Secretary David Scrase said he was pleased with the report and with the federal input.

“It is extremely helpful to have an external review of our behavioral health network — [and] obtain additional resources and information for us to rebuild the network in New Mexico,” Scrase told InsideSources.

“Thirty percent of behavioral health providers in New Mexico see Medicaid patients, which means we have untapped resources,” Scrase said. “We need to recruit the other 70 percent to help us get timely and effective behavioral health services — and increasing provider rates for Medicaid enrollees will help.”

The HSD announced earlier this month that it was seeking to bolster access to mental health and other health care services in rural areas with a $78.5 million proposed increase in annual Medicaid spending that would rely heavily on federal matching funds. Most of the money will focus on mental health services.

In 2013, then-Gov. Susana Martinez’s administration froze payments to 15 nonprofits that provided mental health services after an audit identified $36 million in Medicaid overpayments. These were identified as regulatory violations — without criminal intent — but many providers went bust. Several considered litigation.

In August, HSD reached settlement agreements with two behavioral health organizations to whom Medicaid payments were frozen; in July agreements were made with three more.

“New Mexico deserves and needs stability in our behavioral health network,” Scrase said earlier this month. “These settlements reflect a shared commitment to rebuild what was lost.

“We are continuing to work with other behavioral health provider litigants affected by the 2013 New Mexico Medicaid payment freeze and to reconstruct this essential network of services that so many vulnerable New Mexicans need and rely on.”