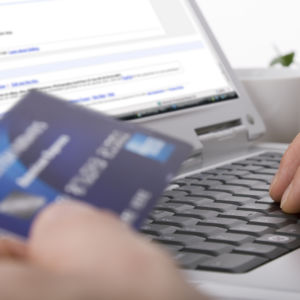 Cyber Monday has become one of the biggest shopping days of the year since it first launched over a decade ago. Federal agencies marked the occasion by showing how massive the online retail industry has become.

Thanksgiving marks the unofficial start of the holiday shopping season with consumers descending on stores for Black Friday deals. The crowds of people competing against each other to take advantage of the low prices have become an American tradition in of itself – often resulting in a frenzy and the occasional fight.

Cyber Monday has become the online equivalent with internet retailers offering their own deals to attract customers just days later, backed by an industry that has often outperformed traditional in-store shopping. Federal data released Monday shows just how much online retailers have dominated the market over the last decade.

Online retailers have not yet surpassed the total number of sales traditional stores make during the holiday shopping season despite their overall growth. The U.S. Census Bureau highlighted data Monday which showed only 9.4 percent of sales were attributed to online shopping during the fourth quarter of last year, which covers the holiday shopping season. Online retailers snagged $122.5 billion out of the total $1.3 trillion made during that time.

Online retailers also have not surpassed traditional stores when it comes to employment, likely due to technology and the business structure relying less on workers. The BLS found that over the past 15 years, online retailers saw employment triple to 230,815 jobs by 2016. Unemployment in department stores declined over that time but still remained higher at 471,430 jobs. Employment in warehouse clubs and supercenters nearly doubled over that time to 1,485,386 jobs.

Cyber Monday dates back to 2005 when it was first used as a promotion for Shop.org. The idea quickly caught on with other online retailers using the day to promote deals and attract customers. Fundivo, a small business loan adviser, found that by 2015, 49 percent of Americans said they have shopped on Cyber Monday.

The National Retail Federation found in a 2014 study that the retail industry is the largest private employer in the country and contributes $2.6 trillion annually to the national economy. The United Parcel Service found in its annual survey last year that for the first time shoppers made the majority of their purchases online. The BLS found in a report last year that overall the retail trade industry has increased by 21 percent since 1990.