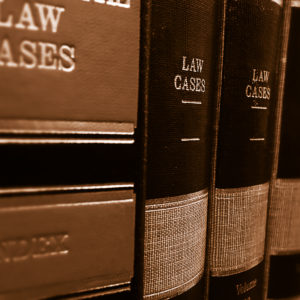 An embattled for-profit law school, teetering on the edge of closure, appears to have been granted a stay of judgment by federal officials. Despite being placed on probation by their accreditor and being under investigation by the North Carolina Attorney General, students enrolled in the Charlotte School of Law will again be temporarily allowed to access support from the federal government, Politico reported yesterday.

The Charlotte School of Law had its access to federal student aid programs stripped by the outgoing Obama administration in December. The for-profit law school, which is owned by the Chicago-based private equity fund Sterling Partners and managed by the for-profit higher education consortium InfiLaw System, was crippled by the decision to bar its students from accessing government-issued loans. In the months that followed, hundreds of students transferred or dropped out, about two-thirds of the school’s faculty were let go, and the school’s leadership faced a series of shake-ups.

Charlotte School of Law officials say they were unfairly singled out as a product of the Obama administration’s antipathy to for-profit higher education. At the time, education department officials justified the decision to ban aid to the still-accredited institution on the grounds that the school was allegedly misrepresenting bar-passage rates and loan repayment rates to prospective students.

Education Secretary Betsy DeVos inherited a difficult decision over what to do with the school upon taking office. On one hand, conservatives have long argued that over-regulation of for-profit higher education stifles innovation. On the other, releasing federal loans to students who are statistically more likely to default might anger fiscal hawks. Criticisms from the left accusing DeVos of being overly cozy with the for-profit education lobby add an additional political dimension to the story.

On Monday morning, Politico reported that the news outlet obtained an email to students from the Charlotte School of Law’s president Chidi Ogene, saying that the federal education department is permitting a late disbursement of spring semester loans to the remaining currently enrolled students. To this point, students have had to scramble to patch together the school’s expensive tuition to stay enrolled in classes.

Ogene’s email reportedly indicates that the education department has not reached a final decision on whether the beleaguered school will be fully reinstated. The temporary federal relief, however, should significantly alleviate some of the remaining financial pressure on the school. About half of the 200-plus students still enrolled are set to graduate in May.

Students who have transferred or attempted to transfer have reported difficulty getting other schools to recognize the credits they’ve earned at the Charlotte School of Law. In January, the school rejected a settlement offer with the department of education to close its doors, saying that students would be forced to sacrifice all the credits they had accumulated at the school in exchange for refunds. Critics contend that the school’s leadership just wants to avoid being on the hook for the millions of dollars the refunds would cost.

In addition to its problems with federal officials, North Carolina’s Attorney General Josh Stein is also reportedly investigating the school’s practices. The North Carolina officials want to know if state consumer protection laws have been violated. Separately, a team under current University of North Carolina president and former U.S. Education Secretary Margaret Spellings is also said to be reviewing the school’s license.

Laura Brewer, the communications director for the North Carolina Department of Justice, said in an email to InsideSources that, as they understand the situation, “the Department of Education’s actions last week were expected for some time and do not have any effect on Charlotte School of Law’s continued ineligibility for Title IV funds [or federal student aid programs] generally.”

While it is true that the education department’s reported decision to grant a temporary loan extension for this semester does not settle the situation for good, it could be a signal of things to come from the new administration. Brewer also added that her office is keeping a close eye on the situation and vowed that Stein would “take action to protect students if necessary.”

As of press time, a communications officer for the Department of Education did not respond to requests for confirmation of Politico’s report that loans for this spring’s semester are being unlocked for the school’s remaining students. This post will be updated if the department issues a statement.