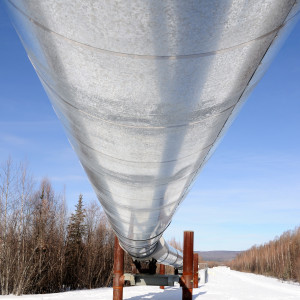 FERC is back to full force–or at least a quorum. Eight months into the Trump administration, the Federal Energy Regulatory Commission is finally staffed enough to start working on approving new pipeline and electric grid projects after a voice vote on FERC confirmation and dozens of other open positions. Although little-known outside of industry circles, the commission plays an important oversight role for planned energy infrastructure projects. Normally a routine appointment, in today’s partisan environment, the commission became an inadvertent bone of political contention, delaying not only confirmation of the new commissioners, but also numerous energy projects.

In a voice vote late Thursday night, the Senate confirmed the nominations of Neil Chatterjee and Robert F. Powelson. The vote occurred more than two months after Chatterjee and Powelson’s FERC confirmation hearings before the Senate. Approval doesn’t come any too soon. This spring, industry figures worried that delays in the FERC confirmation process would significantly impede work on pipeline projects this summer.

A backlog of projects waiting for permit approval has already begun to pile up. These include the PennEast natural gas pipeline, which would carry natural gas from Pennsylvania shale fields to New Jersey, and the Nexus pipeline, a $2 billion project to carry natural gas from Ohio to Ontario. At least five other pipeline projects, worth $10 billion are also waiting for FERC approval and hoping to start construction this year. For the builders of these pipelines, the delay in the FERC confirmation schedule had significant costs, both in money and time.

“We are heartened to finally see Senate action on restoring a quorum to FERC to now consider important infrastructure projects across the country, including final approval of the PennEast Pipeline Project,” said Dat Tran, chairman of the PennEast board, in a statement after the confirmation.

The vote was met with approval by industry groups, who are happy to see the commission restored to working order after being unable to carry out official business for six months.

“This is a win for workers across the energy supply chain, and every American that benefits from access to affordable energy,” said Toby Mack, President and CEO of the Energy Equipment and Infrastructure Alliance (EEIA), who called the FERC confirmation vote “a step in the right direction” to creating jobs and economic growth.

“We’re pleased to have played a leading roll to get these important officials confirmed so we can get moving again on job creation and building the modern energy infrastructure our country so desperately needs.”

Industry groups played an unusually large role in pushing for a confirmation vote this term. In late May, the EEIA sent a letter to Senate Energy and Natural Resources Committee Chairwoman Lisa Murkowski, R-Alaska, and the committee’s senior Democratic member, Sen. Maria Cantwell of Washington, urging them to move to vote on the nominees. About a month later, thirty other groups ranging from the American Chemical Society to the North America’s Building Trades Union sent a second letter to the Senate majority and minority leaders, also urging them to return FERC to a quorum.

Asking the leaders to schedule a full floor vote on the nominees as quickly as possible, the letter highlighted how “robust energy infrastructure creates jobs, improves safety and spurs domestic investment,” and that these benefits “are placed in jeopardy when FERC seats are left empty.”

In addition to the letters, the EEIA says that supply chain workers and business people sent more than 600 letters to Senate members. It was a strong push for something that was admittedly largely procedural. This reflects both the highly partisan atmosphere in Washington, but also the heightened emotions swirling around pipeline projects. During the confirmation hearings in May, several protesters were removed after jumping up to interrupt the proceedings.

Brigham McCown, chairman of the Alliance for Infrastructure and Innovation, acknowledged that while the nomination and confirmation process for any administration can be held up for a variety of reasons, nominations for FERC and other committees had attracted an unusual amount of attention this year. He credits the shift to the “new normal” where not only has political obstruction heightened, but many people are looking more skeptically at pipelines out of concern for spills.

Yet, he thinks that it is important for the nominations to proceed in a timely fashion.

“People are always going to disagree about certain nominees and there is a time and place for that, but the government has to move forward and I think both parties realize the importance of making sure that process does not comes to a stop,” he said. The nomination process allows FERC to work on its real job: reviewing infrastructure projects.

This is important since an additional two seats remain open on the commission. Trump has nominated Democrat Richard Glick and Republican Kevin McIntrye for these openings. Their hearings are set for September.

In the meantime, FERC has declared it is wasting no time in getting to work. In a statement congratulating her new colleagues, FERC Acting Chairman Cheryl A. LaFleur said that she was pleased to welcome Chatterjee and Powelson to the commission, in part because their presence was needed to allow FERC to work through the issues that built up while it lacked a quorum.

“With a quorum restored, our first order of business is the backlog of orders and issues that are awaiting Commission consideration,” she said.