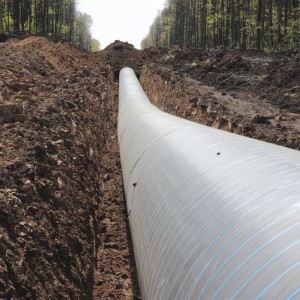 When running for office, President Donald Trump hyped his pro-infrastructure and pro-energy platform, assuring voters that he would work to approve pipeline projects like the Dakota Access Pipeline and Keystone XL, which had languished in a permitting quagmire under the Obama administration. However, even after he took office, the Federal Energy Regulatory Commission (FERC) voted to halt meeting since it lacked a quorum and could not conduct business. It wasn’t until May that Trump’s first two picks for the board, which has the primary permitting authority for pipelines and energy transmission projects, received confirmation hearings. Effective Monday, Robert Powelson, one of these appointees has left his position, a decision that may throw wrinkles into not only pipeline construction plans, but also a proposed subsidy for nuclear and coal-fired power plants.

Powelson’s departure was not unexpected. Powelson had spoken publicly about his disagreements with the administration’s plan to prop up nuclear plants around the country. More recently, he told a trade publication that the chance to lead the nation’s water trade group was something he felt he couldn’t pass up.

Trump is expected to nominate Bernard McNamee to fill the seat. McNamee is currently head of the Office of Policy at the Department of Energy and most observers believe that he will be more supportive of the White House’s plans. In a Senate hearing last month, he defended the administration’s plan to save uneconomic coal and nuclear plants from closure, comparing a proposed cost recovery plan to other market distortions.

“A lot of the organized markets have distortions in them that aren’t representative of an actual free-serving market, so the thought is you need to remove some of those distortions and get some more parity,” McNamee said in response to a question from Sen. Maria Cantwell, (D, Wash.).

At the same hearing, he also defended the DOE’s authority to use emergency powers to keep plants on line. This policy had been criticized by Powelson, who had marshaled support on the commission to oppose a bailout of coal plants.

The trouble is how long it will take to confirm a replacement. FERC commissioners require a Senate confirmation vote, but the body is already woefully behind in its confirmation duties. Majority Leader Mitch McConnell decided to shorten the Senate’s August recess earlier in the summer to allow more time for confirmation hearings. Even so, the Senate will presumably not be considering a FERC replacement since a candidate has yet to be officially nominated.

With an election upcoming, confirming the final FERC commission may slide down the list of legislation priorities. Although the commission can continue to issue rulings, since it still has a quorum of members, it will be be evenly split, with two seated Democratic commissioners and two Republicans. Without a Republican majority, it may be difficult to approve new oil and natural gas pipeline projects.

The two Democratic commissioners, Cheryl LaFleur and Richard Glick, have been voting against new pipeline projects. Earlier this summer, LaFleur announced that she would consider the broader climate impacts of new natural gas projects when deciding if she would vote to approve them or not. LaFleur spoke of wanting to “move past the disagreement” by considering expanded accounting of greenhouse gas emissions in the commission’s record, rather than simply writing a dissent.

Glick disagreed with LaFleur’s approach, but shared her sentiments that FERC needs to consider the long-term impacts of fossil fuel use.

“Unfortunately, the calculation performed by Commissioner LaFleur, does not become part of the record – which is the same record that will be reviewed by an appellate court. Until the Commission changes its practice of excluding this information from the record, I may be forced to dissent depending on the facts of each proceeding,” Glick wrote in a email to UtilityDive.

When Republicans still held a majority on the commission, these attitudes had little effect on the end approval rate of pipeline projects. Now that a seat is empty, approvals may slow. This is of particular concern for the Atlantic Coast Pipeline and the Mountain Valley Pipeline, two projects which were issued stop work orders just before Powelson stepped down. Construction on both projects is halted until problems with federal permits are resolved. The Atlantic Coast pipeline may need to be rerouted and any changes to its path would require FERC approval.

FERC decisions have become more contentious in the last several years as environmental protestors have come to see the commission as a chance to stop pipelines at the approval stage.