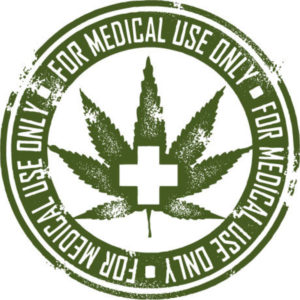 How Medical Marijuana May Be Moving More Toward Actual Medicine

Pushes to legalize medical marijuana have been increasingly successful in recent elections. After the 2016 elections, 29 states, as well as the District of Columbia, allow the medical use of marijuana in some form. Currently, cannabis can be prescribed for a variety of conditions ranging from epilepsy to mental illness. Supporters cite anecdotal evidence that the plant provides relief that traditional pharmaceuticals cannot. Despite the growing popularity of the treatment, relatively few clinical studies have been performed to ascertain the drug’s effectiveness. Although the regulatory controls on cannabis research in the U.S. are strict, it is an open area of medical research.

Which means that, more than ever, researchers need consistent access to the chemicals found in the plant itself. Growing marijuana to harvest and study falls to the same problems that frequently plague herbal remedies. It is very difficult to ensure consistent dosage when using organic material, since the potency will vary from crop to crop and sometimes from plant to plant.

“It is our opinion that the medical nature of marijuana’s efficacy is questionable,” says Jeffrey M. Korentur, the CEO of Teewinot Life Sciences Corporation, a firm that is developing new methods of obtaining the active chemicals in cannabis for study. “Smoking or edibles is not exactly the way people take medicine.”

Despite the hype, medical marijuana is administered in a way that does not look entirely pharmaceutical. For one thing, most states do not require dispensary employees to have any medical or pharmaceutical training. Many come from sales or customer service backgrounds, reflecting their role as a vendor for the dispensary. At the same time, this makes the selection of a particular strain or product more experimental than scientific.

In the past, researchers seeking to regulate or study the effects of cannabis struggled to ensure proper testing procedures. Chemically synthesizing THC, the principal psychoactive part of cannabis, or other active ingredients took months. A new technology recently patented hopes to help researchers study not only THC, but others of the more than one hundred cannabinoids in the plant.

The new technology implants genes from the cannabis plant into algae, which is then fermented, just as one would beer. Because of the implanted genes, the microorganisms create the same chemicals that the cannabis plant would. This process would allow researchers to biologically create standardized samples of many of the cannabinoids found in marijuana.

This is a major step in allowing for medical research. Using this technology, the company can produce kilogram-sized samples of the molecules in just a week, far shorter than the time needed to grow a plant.

It’s a process that opens up many areas of research, helping to make medical cannabis something more traditionally medical and, hopefully, more efficient. This focus on the science is why Korentur stresses that Teewinot is not itself a marijuana company, but approaches the issue instead from a straight medical science angle.

Already, Teewinot has been in discussions with several large pharmaceutical companies interested in the product. At present, both the process and the technology involved are cutting-edge and have only recently received patents. It is a hopeful sign that medical marijuana may be moving further towards becoming actual medicine.