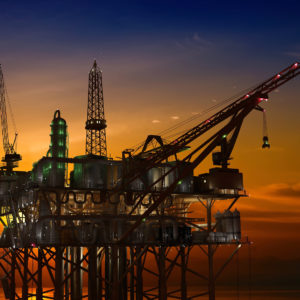 For both environmentalists and oil companies, last Thursday was a grim anniversary. April 20, 2017 marked the seventh anniversary of the Deepwater Horizon oil spill, which gushed 4.9 million barrels of oil into the Gulf Mexico in the largest accidental marine oil spill in history. Preventing another such spill has been a concern for the industry, environmentalists, and government organizations. Although the goal is clear, the means of achieving it are less so. Fiber optic technology could help the operators of pipelines and oil rigs get valuable real time information about the oil flowing through their pipes, helping to point out potential leaks even before they begin, says David Brower, president of Astro Technology.

Astro Technology’s monitoring technology began in an unlikely place: missile demilitarization. When Brower began his career, his background was in rocketry and missiles. After the passage of the START treaty in 1991, Astro Technology was one of the firms awarded a contract to assist in the demilitarization an elimination of intercontinental ballistic missiles in the former Soviet Union. Brower describes how many of the missiles were of poor quality and had aged badly, making their demilitarization a touchy process. Any rough handling could set them off.

Even twenty-five year ago, fiber optic technology was there to help. Although the sensors were relatively primitive by modern standards, they allowed Astro Technology to safely measure the chemical properties of propellants inside the missiles without needed to open them up.

Oil pipelines are another example of a situation in which careful measurements of interior pressure, temperature, and even chemical composition need to be obtained without damaging the exterior structure. Drilling into a pipe in order to install a sensor, for example, weakens the surrounding material, making it more likely to rupture.

For Astro Technology this was an opportunity for fiber optics to help.

“The oil industry isn’t particularly known for technology,” he says. “Problems are often solved by brute force, or just getting a bigger hammer.”

That doesn’t mean that technology can’t play an important role, not only in making drilling more efficient, but also preventing the sorts of leaks and spills that hurt the environmental and cost oil companies billions of dollars. Today’s sensors are far more sophisticated than those Astro Technology began using in the 1990s and can detect pressure changes and leaks even in harsh environments.

“About ten years ago, we hit a spot where we were able to implement things for long durations,” says Brower, who describes how this allowed the company to dramatically expand its use of the technology. “Today, if you have a problem [on a section of pipe] with a sensor, you know exactly where it is.”

Unlike a tradition sensor, which generally has a lifespan of about one year, fiber optic technology lasts at least eight years.

Because the fibers themselves are made of glass, they are immune from the electromagnetic interference that causes problems with traditional sensors and can resist corrosion even in harsh environments such as the deep ocean. Astro has used the technology at a depth of 7,000 feet and found that the sensors were so finely-tuned that they were picking the motion of the waves on the surface more than a mile above.

Despite the successes of fiber optic technology monitoring in deep water environments, it has yet to take off with the builders of domestic pipelines. Ironically, working on land is a much easier operating environment than deep water. Brower described pipelines, either buried or above-ground, as being orders of magnitude easier to install technology and to monitor.

While Americans generally think about the environmental impact of pipeline leaks, in other countries, a monitoring system helps oil companies avoid losses due to theft. In Mexico, theft from fuel pipelines is major business for cartels. Pemex, the government-owned oil company, says that unauthorized pipeline taps have more than tripled since 2000 and an average of 20,000 barrels are stolen each day.

With a more conventional pipeline monitoring system, sensors track changes in the pressure inside of the pipe. Thieves have learned to work around these systems by drilling two holes some distance apart and pumping water back into the pipe to replace the stolen fuel. Catching this type of theft requires a more advanced sensor that can detect shifts in the chemicals the pipe is carrying. Fiber optic technology is capable of supporting these sensors and costs only pennies per foot.

However, adding the fiber optic technology to a preexisting pipeline is difficult. In order to add fiber optic sensors to a buried pipeline, operators would need to dig a second trench running parallel to the existing line. Although the fiber optics would not necessarily need to touch the pipe, they would need to be within a few feet of it. Trenching this close raises the risk that digging machinery could rupture the pipe.

Now, Astro Technology is hoping that Congressional hearings will help to promote a closer working relationship between the oil industry and government, as well as increase knowledge of how technology can make the oil business safer.

“Nobody wants to be the first ones to try something,” Browner admits and with oil prices low, many companies are trying to avoid unnecessary upfront costs. However, avoiding the sort of costly spill that occurred at Deep Water Horizon is in everyone’s interest. Hopefully technology can help.