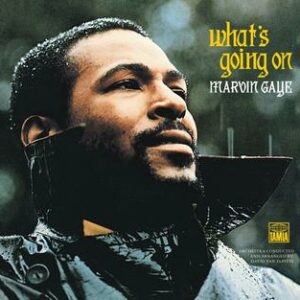 Well, these days, there’s too much in the negative category.

Fifty years ago, velvety-voiced singer Marvin Gaye debuted his seminal song that reflected the atmosphere of the times relating to policing issues, the Vietnam War, inequality, the ills of segregation, and widespread heartbreak. The song was co-written by Motown Records’ Al Cleveland, Renaldo Benson, and Gaye himself.

The trio may have been sages for the ages.

Today, we ask What’s Going On with knees on necks, police killings of Black citizens (some justified and some not), and socio-political polarization.

“Don’t punish me with brutality,

The trio 50 years ago said the song focused on societal issues in relation to understanding and communication.

Understanding appears to be mercurial these days, as evidenced by a recent ABC News/Washington Post poll revealing this noteworthy nugget: 57 percent of Whites say Black folk and other minorities do not receive equal treatment in the criminal justice system; it rises to 68 percent of Hispanics and 88 percent of Black people. And there is this eye-catcher: the percentage was 62 percent for White folk last July. Hmm.

Questions: When a police officer kills a Black person, is the incident automatically police brutality or murder? And what about sending social workers or sociologists to crime scenes instead of cops, especially in reference to the case of Ma’Khia Bryant, a 16-year-old Black female wielding a knife during an ugly melee in Columbus Ohio, last week?

She was shot and killed by an officer mere minutes before the much-anticipated guilty verdicts were announced in the Derek Chauvin Trial in Minneapolis.

“That (Bryant Incident) was one where it was already out of control. It was very violent behavior. Do you really think a social worker or a mental health — or a mental health professional — would have been able to deal with that situation under those circumstances? I don’t think so.”

Also, James Craig, police chief in Detroit, during a television interview, observed that some networks conspicuously omitted the fact that Bryant wielded a dangerous weapon.

Even CNN news-show hosts Don Lemon and Chris Cuomo, during their nightly banter as one anchor hands off the programming to the other, supported the police officer’s action in Columbus.

Let’s remember that when a CNN anchor or correspondent sides with a police action in a deadly situation, that’s news in and of itself. Definitely newsworthy.

After the Bryant Incident, according to NBC News, sports megastar LeBron James posted a photo of officer Nicholas Reardon, who shot the Columbus teenager. James’ description of the picture read, “YOU’RE NEXT #ACCOUNTABILITY,” with an hourglass emoji.

James quickly was accused of fomenting possible violent revenge against Reardon. He subsequently deleted the Tweet, but that erasure didn’t deter his detractors.

Jay Linneman, a bar owner near Cincinnati, announced on Facebook, “If anyone wants to watch an NBA game, don’t come to Linnie’s Pub. We will not air them until LeBron James has been expelled from the NBA.”

Then, others piled on LeBron, including conservative Curt Schilling, former star Major League Baseball pitcher. “When you’re a liberal, you’re allowed to comment on anything and everything,” Schilling blurted. “And apparently, just being a liberal allows you to be an expert.”

Again, What’s Going On. The police shootings, the sniping, the knee-jerk national protests.

However, we didn’t hear much of anything from the national media or protesters regarding Jaslyn Adams, a 7-year-old Black girl who was shot and killed while in a car with her father at a McDonald’s drive-thru in Chicago on the Sunday before the Chauvin verdicts.

It was a textbook Black-on-Black murder that most folk don’t seem to care about anymore.

Marion Lewis, an 18-year-old reputed street gang member, was arrested during the weekend for first-degree murder of the little girl nicknamed “Pinky.”

Chicago Police Department Supt. David Brown, in an astonishing admonishment to the city’s gang members, cautioned during his news conference, “Don’t put your loved ones in the car with you, your mothers, your wives.

“People who have nothing to do with the choices you made, but they end up being the victims of your choices.”