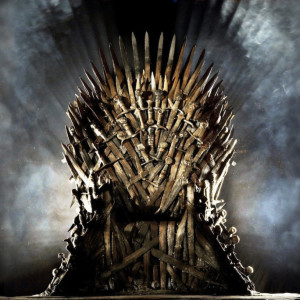 The "Iron Throne" from HBO's Game of Thrones.
[IS] Opinions

Fighting Terrorism on the Digital Battlefield

When fighting terrorism with military force, the United States, if it so chooses, is unmatched in both innovation and prowess. But when the terrorism battle is confined to the media and communications sphere, U.S. capabilities are lagging.

Social media and the Internet have proved to be a two-sided proposition: one for good, one for evil. And the federal government is playing catchup.

Stengel, a former managing editor for Time magazine who has been with the U.S. State Department since 2013, was speaking at an informative forum titled “Fighting ISIL on Social Media: Public Diplomacy in the Digital Age.” The event was hosted by Anne-Marie Slaughter, president and CEO of the New America Foundation, a nonpartisan think tank focusing on wide-ranging public-policy issues.

The bulk of Stengel’s job is to provide global strategic leadership of all State Department public diplomacy and public affairs engagement and oversee the bureaus of Educational and Cultural Affairs, International Information Programs and Public Affairs, and the Center for Strategic Counterterrorism Communications.

In today’s dangerous climate worldwide, all of the above is a lengthy way of essentially asking this: How do we fight ISIL (also known as ISIS) on the battlefield of communications and digital technology. “We’re not perfect,” Stengel said before an audience of about 150, “but we are perfectible. This battle against ISIL is less than a year and a half old.”

DATA: “We have to be more data driven, and use data analytics,” said Stengel, who added that Arabic (80 percent) is ISIL’s top messaging language of choice, followed by Russian, French and English a distant fourth at only 7 percent. “We don’t have anything like that in government. We need to know about what works and what doesn’t work. And be more focused on audience.”

CAMPAIGNS: “About a month ago, we did what we called a defector’s campaign. Straight testimony from young men and women who left the areas of Iraq and Syria,” Stengel said, referencing how Twitter and Facebook were used to disseminate the anti-message about the lure of the caliphate straight from the mouths of young folk. “Why the caliphate isn’t cracked up to be what it’s said to be. We did a campaign a couple of weeks ago on ISIL’s abuse of women.”

PARTNERSHIPS: “It’s not a big revelation to say government isn’t always the best messenger for the message we want to get out there,” Stengel said. “Who are the valid third-party folks who really have credibility there? How do we use third-party partners all around the world? We helped create something called the Sawab Center with the United Arab Emirates in Abu Dhabi, which does counter-ISIL and counter-violence extremist messaging.”

CORPORATIONS: “What can we do with the private sector? We all want to work better with tech companies, with media companies,” Stengel said. “I think in a lot of ways, the tech companies have been the unsung heroes in the counter-ISIL campaigns. What Twitter has done in taking down thousands and thousands of handles and interrupting hashtags. There’s a unanimity of interest here.”

Stengel added that more information on the State Department’s media message to counter ISIL will be released to the public early in 2016. He touched on the issue of encryption, the computer technology that helps banks, for instance, keep our accounts safe from the nefarious but recently has become a game-changing tool for ISIL propaganda. Encryption allows ISIL, through the aid of platforms such as Telegram and WhatsApp, to basically communicate underground, outside the purview of a general audience.

Stengel said encryption is good in one sense because ISIL “can’t message in a large way,” but it creates tension between the federal government and the private sector as both entities try to strike a balance between privacy and national security issues.

One questioner in the audience asked Stengel if the State Department would match ISIL’s usage of Hollywood-like videos featuring trailers and teasers. Elements that likely appeal to impressionable millennials, the group ISIL propagandists most want to recruit to swell their fighting ranks.

“Their videos have become more sophisticated,” Stengel said. “They are using western techniques. Somebody there is watching ‘Game of Thrones’ before they film these things. It makes us more vigilant in how we respond, but we don’t respond with trailers and things.”

Slaughter, the New America executive who was the State Department’s director of policy planning under Hillary Clinton, added a pop-culture note, “On the ‘Game of Thrones’ point, this is an interesting commentary on what has influence, right. Because you can imagine if (‘Thrones’ novelist) George R.R. Martin wrote something in … that countered (ISIL), that would have more impact than anything you could imagine. That means private individuals can have extraordinary reach” in the media/communications battle of catchup against ISIL.