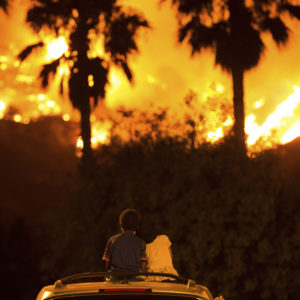 Posted to Politics November 04, 2020 by Monique Dutkowsky and Holly Fretwell

For hundreds of thousands of California homeowners, access to quality wildfire insurance has never been more important. Already, more than 8,100 structures in California have burned, and the fire season isn’t over.

So why, when demand for coverage is at an all-time high, have so many homeowners lost their fire insurance?

The answer lies in the unintended consequences of California’s price restrictions on insurance rates, which leave insurers unable to cover losses after catastrophic wildfire damage.

Unless these restrictions are removed or reduced, homeowners will continue to lose access to fire insurance and be driven to the last-resort, bare-bones coverage offered under the California FAIR plan.

Under Proposition 103, the California Department of Insurance regulates insurance premiums to keep prices artificially low. While the CDI has approved some rate increases in high risk areas, insurance companies still contend that they are unable to charge premiums that reflect true risk.

This may seem like a cost-saving boon for California homeowners, but if premiums don’t keep up with risk, insurance companies have no choice but to stop offering coverage in high risk areas.

Since insurers were barred from adjusting premiums to reflect the increasing risk — even for homeowners willing to pay to protect themselves against that risk — insurers began pulling out of the market. Since 2018, there has been a 10 percent increase in fire insurance non-renewals across seven counties, leaving an estimated 350,000 homeowners without insurance.

With homeowners left without quality coverage at the worst possible moment, the CDI responded by placing a one-year moratorium on fire insurance non-renewals.

But only for the 800,000 homes in areas affected by the 2019 California wildfires, perpetuating insurance companies’ inability to cover risk in those areas while allowing a greater majority of people in potentially soon-to-burn areas to be dropped.

Following this year’s record-breaking fires, we can only expect the number of non-renewed policies to increase if current premium restrictions remain in place.

To protect California homes in high-risk areas, the CDI should remove or reduce its binding price controls, allowing private insurance companies to use risk-based pricing to insure people willing to pay for the risk they face.

Not only will this allow more insurers to reenter the California markets, creating safety nets when homes burn, it will also send a price signal to homebuyers about which areas are most dangerous. Homeowners and developers facing higher fire insurance rates will then have an incentive to invest in home-hardening efforts and develop in less risky areas.

Most importantly, allowing rates to rise will provide necessary funding for insurance companies to act on their incentive to tie private fire suppression services into their policies, which can add protection for people and property in the event of a wildfire.

Allowing insurance companies to adjust premiums to reflect true fire risk will almost surely increase rates. To mitigate this effect and keep insurance affordable, the CDI and insurers should also work together to develop premium discounts for homeowners who adapt to the increased wildfire risk and engage in mitigation efforts to make their properties more resilient.

These steps will ensure that Californians not only gain access to quality, private insurance, but it will reduce overall losses when wildfires rage.

With home losses in the thousands and months left in the fire season, there is much to do in both the short and long term to prevent another season like this one.

The CDI can start by finding solutions that allow premiums to adjust to reflect the increased risk facing development in fire-prone areas. These changes would keep more people on better insurance plans and align incentives for individuals to adapt, protecting themselves against the day when smoke, again, blackens their skies.

Monique Dutkowsky is vice president of operations at PERC, the Property and Environment Research Center. Her work with Wildfire Defense Systems mapping fire risk is used by insurance companies throughout the West. Holly Fretwell is vice president of outreach and a research fellow at PERC, where her research focuses on public lands policy and forest management. They wrote this for InsideSources.com.