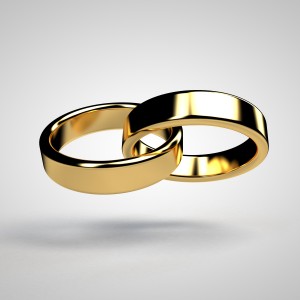 I Was Fired Because I’m Gay. That’s Still Legal in Ohio.

“Stand for what you know is right, even if you are standing alone,” read the sign that hung at the front of my classroom. Like five generations of family before me, I was a teacher who enjoyed sharing the love of learning. I hung that sign to motivate, challenge, and inspire my students as they moved through high school and transitioned into adulthood. Little did I know it would become my personal motto after my employer fired me when they suspected I was a lesbian. In my home state of Ohio, it’s still legal to fire people, just because of who they are.

I loved teaching high school government, psychology and law in the London City school district, and it showed. My evaluations were stellar, and I had been told during my annual review that my contract would be renewed and extended. Suddenly, my principal notified me that instead, I would no longer have a job. I was shocked and stunned, like someone had punched me in the stomach. I had no idea why everything suddenly changed until I began hearing from parents, teachers, and even my students. It was because there were questions about my sexual orientation.

I spent my career teaching students about their civil rights; it was time now for me to put into action the lessons I taught. But when I called the Ohio Civil Rights Commission, I was again shocked to learn that I didn’t have any protection from being fired. The director apologetically explained that Ohio has no protections for sexual orientation like there are for race, ethnicity, and religion. Ohio is one of 31 states where people can lose their job, get kicked out of their home, be denied medical care, or many other services simply because of their sexual orientation or gender identity.

I cannot tell you what it was like to be so fearful of suddenly not knowing how I would buy food for my children, be able to take them to the doctor, or pay our family’s mortgage. All because someone thought I might be gay. They didn’t know I was gay, they never even asked me – and frankly it shouldn’t matter – but they fired me anyway.

Without any protections, my only recourse was filing a lawsuit. That was a painful, three-year battle that finally ended when the new school district superintendent said that it was wrong to fire me and agreed to a settlement, which included a new school policy preventing discrimination on the basis of sexual orientation. However, such protections are still not available under federal law or throughout Ohio, where one in 18 residents identify as lesbian, gay, bisexual, transgender, or queer.

Despite the hardships we endured when I was wrongfully fired, Mindy, my partner of 15 years, and I were elated to finally legally wed after the Supreme Court approved marriage equality nearly three years ago. We had made it our annual tradition to go down to the courthouse every Valentine’s Day and apply for a marriage license. After a decade of returning empty-handed, in 2016 with our two children by our side, we became the family we had always been in our hearts. And yet, even as a legally married couple, discrimination still threatens our family’s safety and stability daily. Now, with the lawsuit more than a decade behind us and our children off in college, I finally feel that I’m in a place where I can tell this story to the nation.

We only want the same rights that all Americans should have – to live and work free of the fear that our lives can be upended by discrimination. Part of the challenge to achieving this American dream is the widespread misperception that such discrimination is illegal. 80 percent of Americans still believe that it’s illegal to fire, evict or refuse service to someone because they are lesbian, gay, bisexual, or transgender.

Many people who learn of my story approach me to say they, too, have experienced discrimination.  Mindy and I decided to tell our story, to do our part to be the change we want to see in the world, by participating in a new nationwide public service campaign from the Ad Council and the Gill Foundation called “Beyond I Do.” Because as important as the marriage equality victory was for LGBT Americans like Mindy and me, it’s vital for everyone to understand that discrimination is still hurting families across the country.

The banner read “Stand for what you know is right, even if you are standing alone,” and I did my best to put my teaching into action. One important lesson I learned through my experience is that my fellow teachers, parents, and neighbors don’t believe that I should be treated differently just because I’m a lesbian. I do have to stand for what’s right, but I’m not standing alone!

Jimmie Beall is a teacher in the Columbus City Schools and her story is told on BeyondIDo.org.