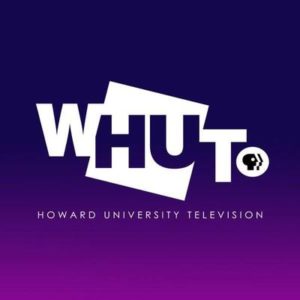 During the Civil Rights Movement, network newscasts played a critical role in shifting American attitudes about race. Broadcasts beamed beatings of peaceful black demonstrators to white living rooms across the country, and Martin Luther King, Jr., declared, “We are here to say to the white men that we no longer will let them use clubs on us in the dark corners. We’re going to make them do it in the glaring light of television.”

Today, shining that light to illuminate African-American stories is the raison d’etre of black-owned television — a key priority for contemporary civil rights leaders like Wade Henderson, president of the Leadership Conference on Civil and Human Rights. That’s why Henderson is alarmed at one possible outcome of the Federal Communications Commission’s current broadcast spectrum auction: the prospect of the nation’s first and only black-owned public television station going off the air.

Cash-strapped Howard University in Washington, D.C., may sell the $460 million airwaves of WHUT-TV to cell service providers, which are aiming to expand and strengthen their coverage areas to meet mobile demand nationwide. And though Henderson isn’t criticizing Howard — he empathizes with his alma mater’s need to take advantage of a financial opportunity — he is saying the FCC should take action preventing further diluting of diversity in broadcasting. In an interview, he told InsideSources the commission “sometimes needs to be encouraged to do more for the public interest.”

On diversity, Henderson has two specific requests. First and foremost, he wants the FCC to find funding to study the issue, in the hopes of being more proactive about it moving forward. But he’s also not giving up on WHUT just yet.

“There are ways Howard can both sell its existing spectrum for profit, which would allow it to benefit the school, and at the same time try to preserve this elite station,” he said. “That means, in all likelihood, partnering with one of the purchasers of spectrum to ensure there may be a program or initiative that would allow the TV station to remain on the air.”

“It can’t be mandated by the FCC, nor should it,” Henderson added. “It is largely an action between private entities, but I certainly think these companies have shown a willingness to take the public interest into account, and I think we should find a way to do that.”

Henderson sent a letter about WHUT to FCC Chairman Tom Wheeler in May, and he told InsideSources the two met in person about the issue that month. “That conversation was a very good one,” he said. “It was an encouraging conversation. It was not dispositive. We didn’t come up with definitive solutions, but I thought it was a good step in the right direction.”

“Wheeler is obviously concerned that the spectrum auction not in some way be impeded,” Henderson added, “and I’m not going to step in the middle of it. It’s well under way, and it should go forward. There will be future auctions that will follow, and it is important for the FCC to take into account some of the things we’ve talked about.”