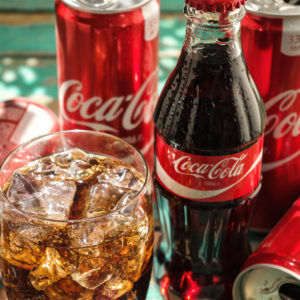 Posted to Politics May 17, 2017 by Antony Davies and James R. Harrigan

Never happy leaving people alone, the busybullies are at it again, using the force of government to change people’s behavior. You know, for their own good.

The latest is Seattle’s Mayor Ed Murray who, confusing his charge to run the city government for a charge to tell people how to live their lives, has proposed a soda tax for his city. This has been tried elsewhere — notably Philadelphia where economists warned that the tax would raise soda prices and cost jobs. The economists were right, of course. Soda prices went up and jobs were lost, to be sure. But things got even sillier as events unfolded.

Philadelphia’s mayor assured voters that the tax would be levied on distributors, not them. But not only did distributors pass the tax on to consumers in the form of a massive price hike, other predictable consequences ensued. As soda prices went up and shoppers drove outside the city to buy untaxed soda, they stayed outside to do the rest of their grocery shopping. Pepsi sales are down 40 percent in Philadelphia, but up 10 percent to 15 percent outside the city limits. Grocery store revenues in general are down as much as 15 percent. And with sales down, jobs are disappearing.

Instead of seeing Philadelphia as a cautionary tale, though, Mayor Murray decided to raise the stakes from his perch in Seattle. Not content with merely deciding, in the name of fighting the plague of obesity or some such nonsense, that people had no business ingesting so much sugar, Murray added diet drinks to the list of disapproved beverages. Why? Because “affluent white people” were more likely to buy them. You read that right. For the mayor of Seattle, including diet sodas in a tax on sugary drinks is a way to address “white privileged institutionalized racism.” You can’t make this up.

Why resort to racial justification for a soda tax? That’s pretty easy to answer. Tax critics rightly pointed to the highly regressive nature of the tax. Because the poor tend to consume more sugary drinks, a soda tax hits them much harder. And whereas the affluent can more easily travel to buy untaxed soda, the poor are less able to avoid the tax by distance shopping. The mayor’s solution? Just toss diet sodas into the mix and go get all that soccer-mom money too. Because racism. Or something.

In the end, this tax and every single one like it is about control. Imposing a tax gives politicians and bureaucrats the license to use physical force, if necessary, to force people to behave the way they want. In Seattle, the mayor has decided that people shouldn’t be drinking so many sugary drinks. And, for those who are affluent enough to prefer non-sugary drinks, in the name of equity, they should drink less of those too. This isn’t governing. It’s bullying. And government has been in the bullying business for far too long.

Taxation has long been a playground for politicians and other busybullies, and it is time for that to end. No one legal product should be taxed at a different rate than any other. Taxation should be used only to raise revenue, not to engage in social engineering. No one, not Mayor Murray nor anyone else, should be using the tax code to tell people how they should live.

Seattle will be rid of Mayor Murray when his current term ends. They should insist that their next mayor take their freedom more seriously. Until then, they should tell Mayor Murray what happened in Philadelphia with its misbegotten soda tax. Because it will all happen in Seattle too.