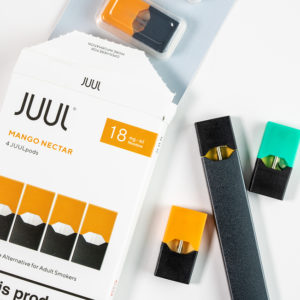 A new “research letter” in the pay-to-publish JAMA publication finds youth are not using JUUL due to flavors.

The findings are similar to state-based data on youth e-cigarette use. For example, in 2019, only 10 percent of Vermont high school students cited “available in many flavors” as the primary reason for vapor product use.

In 2019, only 4.5 percent of Rhode Island high school students reported “available in flavors” as the main reason for youth e-cigarette use. Flavors as a reason for e-cigarette use among youth was also largely underrepresented in Connecticut,  and Virginia in 2017 youth surveys.

These results are significant because as of the beginning of May, three states (Massachusetts, New Jersey and Rhode Island) have flavored vapor product bans in place, and New York’s flavor ban goes in effect on May 20.

The bans were enacted due to an erroneous claim that flavors are the reason youth use e-cigarettes and vapor products, but the data continues to discredit that notion.

Overwhelmingly, youth are using e-cigarettes because friends and/or family members have used them — or because of social reasons. Unfortunately, there isn’t a regulation or ban that policymakers can enact that would affect social reasoning for e-cigarette use.

Adult vapers rely on flavors to (1) become smoke-free and (2) remain smoke-free. Indeed, in a 2018 survey of nearly 70,000 adult vapor product users, 83.2 percent and 73.2 percent of survey respondents reported vaping fruit and dessert flavors, respectively, “at least some of the time.”

Recently, 6,000 petitions were delivered to Florida Gov. Ron DeSantis urging him to veto a state Senate bill that would ban the sale of flavored vapor products in the Sunshine State.

The ban would be an economic travesty at a time when Florida’s economy is already suffering. In 2018, the vapor industry provided nearly $1.5 billion in total economic input, including $82.8 million in state taxes. In the same year, the industry created 5,353 direct vaping-related jobs, generating more than $198 million in wages alone.

On the national level, in 2018, the industry created 87,851 direct vaping-related jobs and provided more $3.2 billion in wages. The industry’s total economic impact in 2018 was more than $24 billion, including $4.9 billion in taxes. Unfortunately, should a federal flavor ban go into effect, this industry will be decimated.

But flavors aren’t the only issue vapers have to face — the barrage of misinformation is actually turning former smokers back to combustible cigarettes. Vaping opponents consistently muddy the narrative, decrying false stories of supposed ailments and leading the media to believe that e-cigarettes are more harmful.

This couldn’t be further from the truth.

Combustible cigarettes contain hundreds of ingredients, that when burned produce thousands of toxic chemicals. E-cigarettes, on the other hand, contain only five ingredients and produce a vapor that is 95 percent less harmful.

The Royal College of Physicians, the same public health body the United States relied on for its 1964 surgeon general report on smoking, estimates e-cigarette use is “unlikely to exceed 5 percent of the harm from smoking” cigarettes. Today, local, state and federal governments are ignoring this public health data on the reduced harm of vapor products.

The data consistently indicate that youth are not using e-cigarettes because of flavors. Public policy ought to reflect scientific data, and banning flavors is a misguided policy to reduce youth e-cigarette use.

Flavor bans only vaporize tobacco harm reduction options for adults and eliminate millions, or billions, of dollars from state economies.