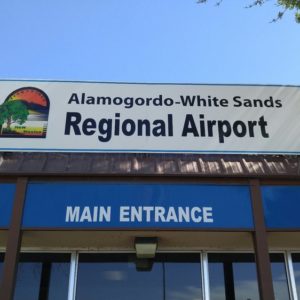 The Washington Post once called it a subsidy that “has long since outlived its ostensible purpose and now serves only to illustrate the federal government’s utter inability to establish sensible priorities.”

The Heritage Foundation agrees. So does the Cato Institute. (So did John McCain.) Taxpayers for Common Sense’s assessment: “wasteful and unnecessary.” The George W. Bush and Trump administrations tried, unsuccessfully, to cut or kill it.

It’s the Essential Air Service (EAS) program, a D.C. freebie for eligible communities that covers the costs of “two round trips a day with 30- to 50-seat aircraft, or additional frequencies with aircraft with 9-seat or fewer, usually to a large- or medium-hub airport.”

A vile vestige of a magnificent piece of legislation, EAS was intended to last 10 years. More than four decades later, it’s still with us, and thanks to the incomparable greed of legislative careerists — Republican and Democratic — it’s tougher to kill than Jason Voorhees or Michael Myers.

In 1978, the Airline Deregulation Act ended federal control of rates, routes and market entry. Alfred E. Kahn, the economist (and self-described “good liberal Democrat”) who led Jimmy Carter’s assault on “competition-suppressing regulation” in the industry, managed to engineer something unimaginable — the death of a bureaucracy. By New Year’s Day, 1985, the Civil Aeronautics Board was kaput.

But EAS, a “temporary” program, was established to help the communities that were all but certain to lose service, due to low passenger counts, and thus, little chance of any airline earning a profit. Slated to sunset in 1988, it didn’t.

Flyers loved the convenience, local “leaders” saw EAS as a job creator, and no fedpol wanted to be blamed for forcing constituents way out yonder to drive several hours to hop a jet to visit granny in Bradenton. Subsidies weren’t eliminated — they were expanded.

In 2006, The New York Times found that “the average number of passengers on each flight is about three.” A few years later, the Associated Press reported that the taxpayer bill for journeys to and from Ely, Nevada was “$4,500 per passenger.” The proud seat of White Pine County received the highest EAS allocation in the nation. (It was surely just a coincidence that at the time, Nevada was the home state of the Democratic Senate Majority Leader.)

Alas, targeted by a rare congressional reform, Alamogordo was not to remain on the gravy plane. In 2012, EAS per-passenger subsidies were capped at $1,000. Unsurprisingly, “New Mexico Airlines” quickly bailed on the Alamogordo-White Sands Regional Airport.

More unsurprisingly, in seven and half years, no company has been willing to risk its shareholders’ money on a return. (In 2007, the local paper — noting that “as much as 80 percent” of the then-provider’s “seats remained empty” — asked, “if so few people are willing to fly in and out of this community, just how ‘essential’ is the air service?”)

But fans of federal “investment” in the Land of Enchantment should not despair. Clovis Municipal Airport’s EAS entitlement endures. Earlier this month, the city commission recommended that Contour Airlines replace Boutique Air in 2020. (The feds must approve the deal.)

That’s not good news for the incumbent carrier, which lost its EAS arrangement with the Grant County Airport 12 months ago. Boutique Air is holding on in Carlsbad, though — in March, it secured a contract renewal.

What are taxpayers in Milwaukee, Miami, Memphis, and Manhattan getting for their coerced contributions to New Mexico’s rural flyers? Good question. Look for evidence of EAS’s value in growing New Mexico’s population and/or economy, and you’ll be disappointed.

Carlsbad’s recent boom is driven by the seemingly bottomless reservoir of petroleum in the Permian Basin, not subsidized aviation. As for Clovis, its airport’s total passenger count was lower in 2018 than in 2015, when EAS trips were restored after Great Lakes Airlines bolted the previous year.