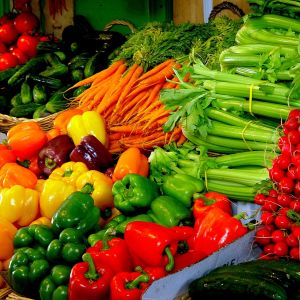 The Food for Peace Modernization Act: Legislation to Make the World a Better Place

Earlier this month, the chairmen of the Senate Foreign Relations and House Foreign Affairs Committee, Sen. Bob Corker, R-Tennessee, and Rep. Ed Royce, R-California, introduced identical versions of the Food for Peace Modernization Act in the Senate and the House, along with co-sponsors Sen. Chris Coons, D-Delaware, and Rep. Earl Blumenauer, D-Washington.

The proposed legislation directly or indirectly addresses three longstanding concerns about the largest of the three U.S. international food aid programs: the mandates to source almost all food aid from the United States, to ship at least 50 percent all such aid on U.S.-flagged ships under cargo preference law, and to sell at least 15 percent of food shipped under the main food aid program in markets in recipient countries to generate cash, a practice known as monetization.

Together, these three restrictions on the use of international food aid funds have been widely estimated to waste about 30 percent of current U.S. international food aid program funds, amounting to as much as $400 million a year. The Food for Peace Modernization Act’s reforms would expand the reach of those programs to millions more families and children in dire poverty whose lives have been devastated by extreme drought, violent conflicts and other catastrophic events.

The act would relax the U.S. sourcing mandate by requiring that not less than 25 percent of international food aid funds provided for the Food for Peace program be used to source food aid from the United States. This creates the flexibility to source up to 75 percent of food aid from local and regional markets much closer to where the populations in need actually live.

Local and regional sourcing is typically much cheaper — due to lower transport and administration costs — and, crucially, this practice speeds up delivery of the aid to the families who need it by nearly three months, on average. By reducing malnutrition and the risk of outright starvation in countries like Syria and South Sudan, increasing the speed with which food gets to the families in need is, quite simply, life saving for many children and their mothers.

Sourcing food aid from the United States is sometimes the cheapest and most efficient way of helping people. When catastrophes devastate Caribbean or Latin American countries like Haiti or Ecuador, or when highly processed products like vitamin-fortified vegetable oil are needed for nutritional reasons, the United States is often the nearest low-cost supplier; and for commodities like peas and lentils the United States may be the only viable source. So the 25 percent minimum U.S. sourcing requirement is not likely to waste scarce aid dollars.

Monetization gives funds to non-governmental organizations operating development programs in poor countries to buy food produced in the United States, ship that food to a distant country in which they have aid programs, and then re-sell it in local markets. Studies have shown that monetization wastes 30 percent to 50 percent of every dollar spent on unnecessary shipping and administrative costs.

In addition, selling food in local markets can and has depressed local food prices, harming local farmers and traders and ultimately undermining the food security of the country the aid is intended to help. In the few cases where monetization may be the best approach, U.S. food aid funds would remain available. But under this act, U.S. aid programs would no longer be required to waste scarce federal resources where it is not.

The Food for Peace Modernization Act proposes overdue changes that can make an immediate difference in multiple countries facing the real threat of famine. No wonder, then, that many leaders in Congress, in major farm organizations, and in humanitarian organizations are calling for U.S. international food aid program reforms. By increasing the effectiveness and timeliness of food aid programs, the United States can save more lives, stem forced migration, and generate goodwill around the globe, all without tangible cost to national security, American jobs, farmers’ incomes or taxpayers. The Senate and House agriculture committees, and the administration, would do well to embrace this long-needed bill.