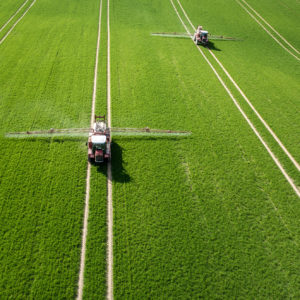 Millions are on the verge of starvation as humanitarian crises in Africa — from northern Uganda to Nigeria — intensify. In this environment of growing despair, the Food for Peace Reform Act, a new bill being introduced by Bob Corker and Christopher Coons of the Senate Foreign Relations Committee, rekindles hope for much-needed reforms in U.S. emergency food aid programs. If the bill passes, it would enable U.S. emergency aid programs to feed an additional 8 million to 10 million people, without additional cost to taxpayers.

Despite U.S. leadership in global emergency aid, two major flaws — the food sourcing and cargo preference requirements — plague U.S. emergency aid policy and waste taxpayer dollars. Because of these requirements, as much as 60 percent of the emergency aid budget is spent on non-food expenditure, which could be used instead to feed more people around the world. These are precisely the flaws that Senators Corker and Coons address through their new bill by eliminating sourcing requirement and cargo preference.

First, the food sourcing requirement stipulates that the U.S. Agency for International Development and the U.S. Department of Agriculture source more than 90 percent of all food aid from producers in the United States, instead of procuring food aid from cheaper sources located closer to the emergency zones. Second, the cargo preference requirement mandates that the government ship at least half of that aid using U.S.-flagged vessels at shipping rates that are 46 percent more expensive than for aid shipped at internationally competitive rates.

Eliminating the food sourcing and cargo preference requirement — as the coming bill proposes — would save the U.S. government up to $350 million a year, or 30 percent of total food aid budget. Such reforms would allow the United States to provide emergency food aid to millions more people around the world, especially in regions of security interest, including Syria, Yemen and South Sudan.

Equally important, eliminating these two requirements would also allow emergency food aid shipments to reach their destination more quickly. Because the ships under cargo preference are old and slow, it takes between four to six months to reach those in need. For landlocked countries like South Sudan, delivery can take even longer.

The alternatives — aid shipped under non-cargo preference ship or sourcing food regionally — would speed emergency food aid delivery by as much as 14 weeks. In emergency situations, such as the Bidi Bidi refugee camp in northern Uganda that the senators describe, response time and delivery speed often mean the difference between life and death.

The United States alone cannot solve all the humanitarian crises around the world. However, by eliminating food sourcing and cargo preference requirements, U.S. emergency assistance can play an even more important role in alleviating human suffering at no additional cost to taxpayers.

At a time when many fear that the United States is losing ground to China and other emerging powers in global leadership, reinforced humanitarian efforts would go a long way toward ensuring continued U.S. leadership in addressing global humanitarian concerns and security interests.