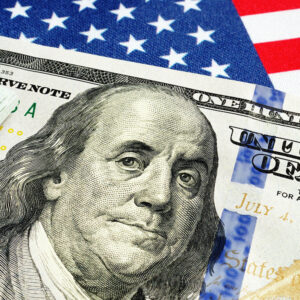 For American Businesses, Supporting Democracy Shouldn’t Stop at Our Borders

Posted to Politics May 16, 2021 by Christopher Walsh

Whether you agree with them or not on this issue, it reminds us that democracy is about more than governments and politicians. A vibrant democracy inspires participation from all segments of society.

That’s why U.S. companies should demonstrate a similar commitment to democratic values and individual rights internationally – particularly with regimes that demean human dignity. Doing so is not only in their own interests, but it also buttresses American efforts to expand liberty, prosperity, and stability around the world.

Foremost, free countries tend to foster favorable conditions for businesses because they offer important protections that authoritarian countries do not. Chief among them are the rule of law, due process, anti-corruption policies, and stability that provide safeguards for investments and intellectual properties.

Working to strengthen democracy abroad may also encourage greater credibility with domestic consumers. As businesses embrace the idea of supporting human rights movements at home, some Americans are unable to reconcile the relative passivity to those same ideals abroad – especially when it comes to state-sponsored racism.

Consider MLB’s response to the Georgia election law while maintaining relations with China’s authoritarian government – a country ranked by Freedom House as one of the least free in the world.

If the controversies surrounding that legislation warrant relocating the All-Star game, surely the Chinese Communist Party’s use of concentration camps, rape, and forced sterilization against the Uyghurs requires a similar response? It’s worth noting that both the Trump and Biden Administrations have called China’s Uyghur policy a genocide. What about Beijing’s efforts to stifle free and fair elections in Hong Kong – not to mention the political rights it denies Chinese citizens generally?

These realities haven’t compelled the MLB to uproot its developmental baseball centers in China. Nor have they swayed the National Basketball Association (NBA) from holding exhibition games throughout the country (though not without controversy in 2019). Nor did they dissuade Disney from filming its live-action remake of Mulan in the Uyghur’s home province of Xinjiang. In fact, as highlighted by the NBA’s experiences over freedom of expression, Beijing appears to be dictating terms with American companies when it comes to democracy and human rights.

U.S. corporations should rightfully hold their own democracy to high standards – our ideals demand it. And yes, financial interests may lead them to pursue relationships with authoritarian actors, but that shouldn’t mean sweeping liberal democratic values under the rug. In fact, some investors have coalesced around human rights to push western companies into combating international abuses like those committed against the Uyghurs.

They can engage with our government on this issue. Business leaders could coordinate to identify challenges to American corporations in authoritarian countries, and then work with our government to inform foreign policy that spurs stable, free markets.

The private sector might use this opportunity to work with legislators on supply chain regulations aimed at preventing human rights abuses. This would demonstrate a commitment to corporate social responsibility that is desirable among their domestic consumers. It also takes pressure off corporations by providing them legal cover for requiring better standards in undemocratic nations.

Corporations can also develop internal policies that are aligned with democratic values and practices. In doing so, they can draw inspiration from the private sector’s response to apartheid South Africa. Many adopted a set of standards called the Sullivan Principles that encouraged businesses investing in South Africa to push for political and social justice in the country. Ultimately, those companies played a role in ending Apartheid.

American corporations will continue exploring markets in authoritarian countries.  As they walk that tightrope, let them remember the liberties that have allowed them to flourish. Let them not forget the people who are denied those same freedoms.