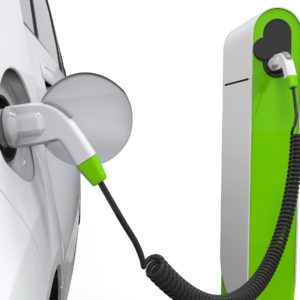 Notwithstanding newly won status as the world’s largest global oil producer, America’s sway over the global oil market remains incomplete and weak. Worse, it’s reactive, driven above all by politically touchy pump prices. In energy security, the focus continues to be on oil, yet a switch to electric propulsion offers a way out.

An accelerating shift to electric vehicles (EVs) can deliver a decisive break from chronic vulnerability to petroleum production whims. Despite surging domestic oil production, the oil market remains a global one where production cuts or instability in any oil producing country affect prices everywhere, including right here at home.

It’s also true that for decades to come, oil will remain an essential non-replaceable commodity. Just consider the fuels vital to air travel, or the feedstock enabling petrochemical production. But EVs hold out the prospect of a largely oil-free future for ground transport — that piece of energy consumption that affects consumers most.

Take just one forecast. The research group Bloomberg New Energy Finance envisages more than 500 million EVs traveling the world’s roads in the next 20 years. The future thus looks increasingly electric, yet the pace of EV adoption and, thus, the pace of this energy security transition, remains imponderable.

So does the speed with which the global EV market elicits a supply chain — in this case, specifically a battery supply chain.

“We are in the midst of global battery arms race,” Moores said, one “in which so far the U.S. is a bystander.” Whoever controls these supply chains, he continued, “will hold the balance of industrial power for the 21st century auto and energy industries.”

As in so many other industrial trends, it’s the Chinese who have taken the lead — in this case the lead in battery storage technological competition. Seeking to reduce its role as the world’s largest oil importer, and determined to reduce urban air pollution, China sees EVs as a way out. The country’s industrial policy aims both to accelerate domestic adoption of EVs and dominate their production.

That means dominating the technology of the EVs’ batteries. Despite Tesla’s much-touted Gigafactory in Nevada, the United States badly lags in developing battery market share. The BMI claims that 70 battery mega-factories will be built around the world. Just five of these will call the United States home, including Tesla’s Gigafactory.

By contrast, China will build 46. This numerical advantage will enable China to capture at least 65 percent of global lithium ion battery production by 2028. And China’s dominance of battery materials supply chains has grown as well.

Catching up, let alone competing, means getting out of our own way. Despite vast reserves, the United States has become fully import-dependent for 21 minerals. It’s 50 percent or more import-reliant for an additional 29 minerals. Of the four key minerals used for lithium ion battery production — lithium, cobalt, nickel and graphite — the United States is all but out of the game.

Self-imposed barriers obstruct plans to ramp up domestic production of these minerals, crucial for the batteries to power the next energy revolution. Australia and Canada have environmental safeguards comparable to those in the United States but manage to implement mine approvals in two or three years whereas the U.S. process often takes 10 years or more. It’s a matter of competitiveness, not of any deliberate attempt to dumb down environmental safeguards.

EVs hold the promise of a leap forward in energy security that has eluded the United States for decades. They also are the future of the global auto industry. That future is arriving faster than many realize. Reducing the barriers to this strategically important industry and ensuring American companies lead it shouldn’t be left to chance, it should be an imperative.