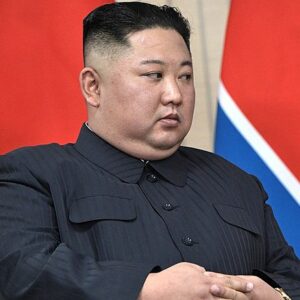 For Kim Jong-un, Slamming Down the Phone Is Cutting Off the Hotline

South Korea’s President Moon Jae-in and those around him go into contortions of guilt whenever North Korea’s Kim Jong-un cuts off the prized North-South “hotline.” They should, however, consider the nature of the man who loves pulling the plug as a sign of rage over some perceived offense.

Rather than worry about “restoring” the hotline, over which nothing meaningful ever gets said, why don’t they look upon this show of annoyance as another insight into the spoiled, pampered man they’re dealing with.

Kim’s long-suffering wife, Ri Sol-ju, politely smiling on the few occasions when she appears in public, might have a lot to say about hang-ups. Just imagine her shouting at him over his trysts with any of the lovely women in the Mansudae Art Troupe and Kim saying, “Shut up or I’ll get rid of you,” and then cutting off the call.

Kim could hardly do away with his wife for the simple reason she looks charming in pictures, and he would have still more trouble eliminating sister Kim Yo-jong, who seems a lot smarter than he and is obviously waiting to replace him if he keels over from a heart attack.

Yo-jong has served a valuable purpose in saying in public all the nasty stuff on which Kim would rather not be quoted. By now she may want to dictate policy, to tell her big brother what to do, but he’s got a bad temper.

No, he can’t rub her out, as he did his older half-brother in Malaysia a few years ago when he had his agents hire two young women, one from Indonesia, the other from Vietnam, to smear the poor guy’s face with a VX nerve agent cooked up in a laboratory in Pyongyang.

For Jong-un, the best way to deal with Yo-jong is to shout her down, isolate her and, if she persists in complaining, shout “Shut up” and press the off button. Then, when he needs her, he can call back and tell her to write another statement denouncing the Americans, the South Korean alliance with the U.S., and military exercises.

The South Koreans during the Moon presidency have been placing a high priority on the ability of low-ranking figures to call, say hello, and ask, “How’s life on your side of the Demilitarized Zone?” They were overjoyed when Kim Jong-un ordered the line restored and two nameless people heard each other’s voices from across the North-South line.

Moon’s joy over reopening the hotline has got to be great fun for Kim Jong-un. Imagine him laughing over how easy it was to get the South Koreans begging to talk, then talking about extending aid, holding another North-South summit, and opening negotiations. The final touch would be an end-of-war agreement, a piece of paper declaring the Korean War, which ended in July 1953, is really over forever and ever.

But what if President Moon or one of his people says the wrong thing, maybe speaks about the need for the alliance with the U.S.? For Kim, that’s when he can slam down the phone, that is, close down the hotline, leaving the South Koreans wiping away tears of sorrow and frustration.

That’s a tactic familiar to anyone who’s got into an angry altercation with a girlfriend, into a dispute over money, or simply not liking the way someone is talking. For Kim, hanging up the phone will always work, whether he’s cutting off a member of his closest family or frightening South Koreans into acquiescence over his latest attempt at wringing concessions while giving nothing in return.

Reopening the hotline fools benighted South Koreans who think at last they can talk Kim into a real deal. That’s absurd. Kim is a fat brat who loves to spew out angry words, then play with his toys, his missiles, and nukes. It’s evidence, yet again, of the ego of a man who grew up having his own way, knowing he could do as he liked while subservient relatives and bureaucrats quaked in his presence.

South Korean leaders should know better than to care if he doesn’t want to talk. There’s no point in dealing with an overgrown child who wields a simple hotline as a chip in bargaining that’s not going anywhere.