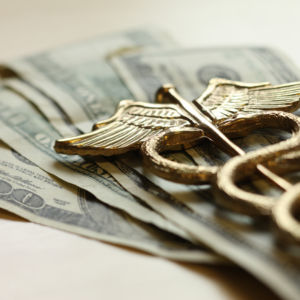 For Real Healthcare Reform, Biden Should Break Up with Big Insurance

The enthusiastically socialist Jacobin magazine recently took President Biden to task for a healthcare plan that superficially appeared “lifted” from insurance industry lobbyists. Of course, cribbing material is nothing new for Joe Biden—and neither is going to bat for Big Insurance at the expense of Americans.

Jacobin reports, “Biden’s plan would shovel billions of dollars to private health insurers by providing subsidies for Americans to buy coverage through the Affordable Care Act (ACA) marketplaces… Those initiatives — which could further boost insurers’ skyrocketing profits — were recently recommended in a letter to lawmakers from America’s Health Insurance Plans (AHIP) and the Blue Cross Blue Shield Association… The ACA marketplace was a centerpiece of Democrats’ 2010 health care reform law, but only a small slice of Americans are actually buying insurance plans this way now — often people who are self-employed, independent contractors, or gig workers. The ACA exchanges are only currently ‘a minuscule part of the health insurance system,’… While the marketplace was billed as allowing people to shop for health insurances, in reality, the state exchanges offer few choices, and most are expensive.”

Jacobin correctly notes the ACA exchanges are an absolute dumpster fire. Ever the good communists, they naturally advocate a government takeover of the entire industry instead — another terrible solution. But accusations that President Biden is joined at the hip with big insurance companies should not go unanswered.

When crafting Obamacare, Obama and Biden were led around by the nose by the most influential mouthpiece for Big Insurance, the AARP.

Though posing as a seniors organization, AARP’s primary revenue stream comes from its sale of supplemental health insurance coverage. Rather than helping seniors select the plan that is most tailored to their needs or financial resources, AARP exclusively sells plans from the nation’s largest health insurance company UnitedHealth. In return, AARP receives a 4.95 percent cut on every plan sold. This relationship netted up to $627 million in 2017 alone, or 57 percent of total revenues (versus a paltry 18 percent from dues).

Lawsuits have alleged this constitutes an “illegal kickback” because seniors are duped into believing these plans are cheaper because of the “AARP” logo. In reality, seniors can obtain the same coverage without paying AARP’s commission. AARP defended itself against the allegations stating it was not obligated to “act with the interests of [members] in mind.” How telling.

The fact that AARP’s main revenue stream is selling UnitedHealth plans, not membership fees, has significantly clouded their advocacy. During the Obamacare debate, seniors contacted the AARP at a rate of 14-to-1 against the bill, but AARP nevertheless supported the legislation. Why? Perhaps a health insurance giant wanted the government to force every person to buy its product.

If Biden wants to enact meaningful healthcare reform that lowers costs, increases patient access, and boosts innovation, he should cut ties with the insurance industry. A great first gesture would be to reject international price referencing, which calls for importing foreign drug price controls to America. AARP continues to push for this rule, even though it will reduce research and development on new cures in disease areas such as Alzheimer’s, cancer, diabetes, and more. This plan does not serve seniors’ interests — but it does (in the short term) line the pockets of AARP’s corporate benefactor.

A second step would be to defend the proposed “rebate rule,” which is currently working its way through the federal regulatory process, which lowers the cost of prescription medications by eliminating anti-kickback safe harbors for drug rebates, and instead provides those savings directly to consumers at the pharmacy counter.

Cutting out this healthcare “middleman” would be a big step toward lowering costs. But naturally, it is opposed by AARP, which prefers the rebate goes to its financial partner instead of seniors.

Real healthcare reform is achievable, but only if Biden breaks up with Big Insurance. Let’s make sure we hold him accountable.

Jon Decker is executive director of the Committee to Unleash Prosperity. He wrote this for InsideSources.com.