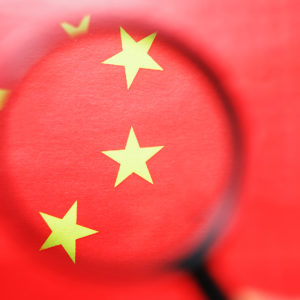 For Those Business Leaders and Policy Makers Confused About China, Welcome to the Club

Will they, or won’t they?

That’s the thought on investors’ minds as the Chinese real estate giant Evergrande reckons with an estimated $300 billion in debt on its books. Specifically, will the Chinese government ride to rescue if needed and bail the company out? Or will it allow the firm to fail, sparking what some have called China’s “Lehman moment,” with a single firm’s collapse rocking markets worldwide?

Whatever the decision, Evergrande’s debt crisis reveals a great deal about the broader Chinese economy—namely that the Middle Kingdom’s business environment is as opaque today as it’s ever been, and the country’s closed-off model will pose a challenge for American business leaders and policymakers for years to come.

Thirty years ago, few American companies had any substantive presence in China. Now nearly every publicly traded company in the United States is either in China or trying to enter the market. Yet, for all those years of growth and development, navigating China can prove maddeningly complex for American firms.

The decisions of America’s business leaders bear this out. In research exploring American C-suite decision-making about China, my colleagues and I found a surprising result: American CEOs follow their peer firms’ decisions to an extraordinary degree. We used a social network analysis to examine the interconnectedness of companies, using the interlocking directorate (i.e., directors who sit on the boards of two companies) as a measure of connectedness.

Companies who were connected mimicked one another with respect to China. If a connected company successfully set up shop in Beijing, a peer firm was 57 percent more likely to go to China themselves. If a connected firm failed in China, its peers were more than 40 percent less likely to take the plunge themselves. Controlling for other factors, the numbers suggest more follow-the-leader behavior than one would expect from any rational business calculus.

The problem, of course, is that firms are following others just as confused as they are about how to do business in China. As they have, we see crises like Evergrande play out: A Chinese real estate firm with investors around the world, many of whom had no idea about the uncertainty baked into Evergrande’s books. Thus the powerful ripple effects through non-Chinese economies.

As they navigate this uncertainty, American business leaders and policy-makers ought to keep two things in mind about business in China. The first: Corporate power in China is more concentrated than Americans appreciate. In the US, we are accustomed to shareholder-run public companies. Simply put: If you own stock in a firm, you have a vote in that firm’s future. For most firms, the more stock you own, the more votes you have. That structure distributes power among shareholders, who act as an independent check on the company.

That system doesn’t operate the same way in China, whose firms have a stark difference between “control rights” and “cash flow rights”—meaning the votes allocated per share. This is called “excess control,” and in China, there is a lot of excess control. That is, some individuals (or institutions) have considerably more say than their shareholdings would indicate. In other words, some shareholders can have an outsized impact on firm strategy.

Excess control is a double-edged sword. On the one hand, studies consistently show that it results in adverse financial outcomes for the company, such as high borrowing costs and reduced value of excess cash. Our research, however, reveals that excess control can help combat China’s biggest business problem and the other critical element American business leaders and policymakers need to keep in mind about doing business there: the extent of its managerial corruption.

This should give American investors and business leaders pause, and it helps to explain curious cases like the demise of Luckin Coffee, the IPO troubles of China’s ride-sharing service Didi, and now the Evergrande debt crisis. American firms and investors accustomed to fewer instances of fraud must appreciate that China’s business waters are choppier in this regard—and adjust their risk tolerance and due diligence accordingly.

The coming weeks will reveal a great deal about Evergrande’s balance sheet and the Chinese government’s belief in its future. But the episode also provides fresh evidence for how oddly unknowable the Chinese economy is to many American business leaders and policy-makers. As they rush headlong to chase Chinese growth, they would do well to keep in mind that there’s more uncertainty in the Middle Kingdom’s economy than meets the eye.

Dr. Brian Connelly is the Luck Eminent Scholar in the Department of Management at Auburn University’s Harbert College of Business. He wrote this for InsideSources.com.