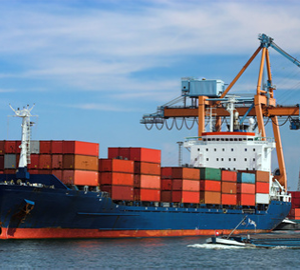 Public-opinion surveys fail to offer evidence of a substantial shift in favor of protectionism since the 45th president’s inauguration. In fact, the trend is running in the opposite direction.

Recent data from Gallup shows that “Americans’ broad view of trade is the most positive it has been in more than a quarter-century. As of February 2019, nearly three in four U.S. adults (74%) believe trade represents ‘an opportunity for economic growth through increased U.S. exports.’ Barely one in five (21%) see trade as more of ‘a threat to the economy from foreign imports.’”

The polling reveals that substantial majorities believe that “U.S. trade with other countries” has a “mostly positive effect” on both “Innovation and the development of new products” and “U.S. economic growth.”

But most remarkable about Gallup’s findings is the majority — okay, at 51 percent, it’s not much of a majority — who consider U.S. participation in the planetary marketplace to have a “mostly positive effect” on “Jobs for U.S. workers.”

That’s a puzzling perspective, because very few of the folks who hold it have any idea what foreign direct investment (FDI) is. In MAGA World, it doesn’t exist. Nor is it something that the anti-Trump industry devotes any attention to.

And sadly, the “business” media, from national correspondents and pundits right down to local reporters, has little interest in it. But FDI, which the U.S. Department of Commerce’s Bureau of Economic Analysis (BEA) defines as spending by individuals and enterprises based abroad “to acquire, establish, or expand U.S. businesses,” is a major component of the economy. And not even Donald Trump’s trade imbroglio has been able to hobble it.

A key contributor to the flip side of the “trade deficit” the president and his band of economically illiterate advisers constantly hype, fresh FDI grew by 8.7 percent last year, to $296.4 billion. In all, $4.34 trillion worth of U.S.-based assets are owned by foreigners.

But wait, it gets better. BEA figures show that FDI is “concentrated in the U.S. manufacturing sector.” That’s correct — foreign firms, which protectionists condemn as engineering the “deindustrialization of America” — actually create smokestack jobs. (U.S. FDI employment in all sectors surpasses 7 million.)

Japan, which served as Trump’s bête noir until China provided a much bigger boogieman, has been a reliable source of FDI for decades. In the last few months, three auto-parts manufacturers located in the Land of the Rising Sun picked right-to-work Alabama for investments:

By region, though, Europe dominates FDI. Possessing nearly $3 trillion in U.S.-based assets, its big investors are, in order, the U.K., Germany, Ireland, France and Switzerland. And examples of recent contributions from the Continent aren’t difficult to find:

Despite the constant stream of FDI good news, don’t expect anyone at the White House to take notice. In their boss’s infantile, zero-sum view of trade, the money Americans send out of the country via the purchase of imported goods and services never comes back.

Why would it? Corporations understand that the U.S. doesn’t offer low wages — and to make a profit, that’s the only thing that matters.

Evidently not. In the latest edition of its Foreign Direct Investment Confidence Index, the consulting firm A.T. Kearney placed the U.S. in the top slot, “for the seventh year in a row.” The ranking “likely reflect[ed] its large domestic market, continued economic expansion, competitive tax rates, and technological and innovation capabilities.”

Most pro-trade Americans can’t offer a detailed description of why a globalized economy is good for them. On some level, they just “get it.” Too bad their president doesn’t.