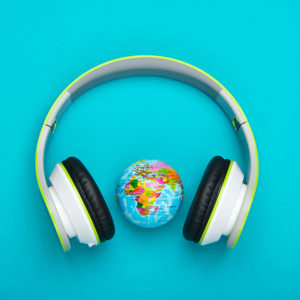 Forget Politicians, We Need Another ‘We Are the World’

I remember being 10 years old in 1985, watching the video of “We Are the World” on MTV, tears streaming down my face, as all the music legends of the day (Michael Jackson, Lionel Ritchie, Bob Dillon, Tina Turner to name a few) were singing in unison for the collective purpose of raising awareness of and relief for famine in Africa.

Aside from selling over 20 million copies worldwide and raising $63 million for humanitarian causes in Africa, “We Are the World” promoted a sense of global responsibility, set an example of the beauty and effectiveness of collaboration and, most importantly, influenced people to act.

This is what we desperately need today, as we face a global pandemic, and our government leaders fail to make data-based decisions or collaborate for the greater good.

Social distancing and mask wearing should not be political issues. Science tells us that masks do provide individuals some protection from the COVID virus.

Many infected people are symptomless in the first few days, so while they may not appear to be sick, they may be able to spread the virus.

A recent scientific study concluded that face masks reduce the daily transmission rate by 47 percent. Given this data, why wouldn’t American leaders be uniformly recommending masks?

President Trump himself refused to wear a mask publicly until July, several months into the pandemic. Even now, he is rarely seen wearing one in news briefings and political rallies.

His administration has regularly held meetings indoors, without masks and without social distancing. His campaign hosted large gatherings that disregarded state and local restrictions.

In fact, President Trump is planning on hosting 20 holiday parties, while the rest of America is advised to stay home and Zoom their loved ones.

It’s no wonder people across the nation feel emboldened to crowd together without masks to protest shutdowns. President Trump’s lack of leadership by example sends a reckless message to the Americans he is charged to protect.

Meanwhile, Rep. Alexandria Ocasio-Cortez (D-N.Y.) recently blamed Republicans for the shutdowns: “All these Republicans, …. were the same people who weren’t wearing masks, who forced us to shut down in the first place.”

I would postulate that failure to comply with mask-wearing is a bipartisan problem. People on both sides of the aisle, either selfishly do not like the inconvenience of mask wearing or have been misinformed and do not feel particularly at risk.

There is a widely held belief that because the mortality rate of COVID is  approximately 2 percent and more dramatically affects the elderly, young healthy people need not worry. This purview is a fatal cultural crisis of American selfishness.

Americans are not considering how exercising their civil liberties, by congregating in large groups and not wearing masks, may have tragic consequences for others.

In Asian countries, by contrast, mask wearing is a matter of cultural etiquette.

It is a gesture of civic duty and compliance with safety measures. In the US, the issue of mask wearing and limits on socializing are perceived by many as a part of the crucial fight against an overbearing liberal government seeking to curtail individual freedoms.

If only we had Taylor Swift, Drake, BTS, Ariana Grande, Harry Styles and other superstars going viral with moving music and images that would universally touch people the way “We are the World” did.

Because music is a universal language that speaks to all people: Democrats, Republicans, young and old. These issues of public health and safety should not be party-affiliated.

Political leaders and Americans should all be on the same team, with the same goal of beating this virus as quickly as possible with the fewest fatalities and minimizing the suffering of shutdowns.

The lyrics of the 25-year-old song are as relevant today as ever: “There’s a choice we’re making.  We’re saving our own lives.”