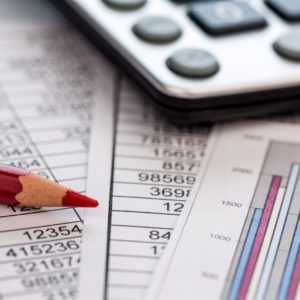 Many states that appear to be balancing their budgets are in fact neglecting financial obligations and passing on costs to future taxpayers.

That’s the crux of a new report released Monday by the foundation of former Federal Reserve Chairman Paul Volcker, who served during the presidential administrations of Democrat Jimmy Carter and Republican Ronald Reagan.

Volcker’s report concludes that states often “balance their budgets using accounting and other practices that obscure rather than clarify spending choices.”

In other words, they “resort to short-term sleight of hand to make it appear that spending does not exceed revenue.” Common techniques include “shifting the timing of receipts and expenditures across fiscal years; borrowing long term to fund current expenditures; employing nonrecurring revenue sources to cover recurring costs; and delaying funding of public worker pension obligations and other postemployment benefits.”

Volcker’s study focuses on the practices of California, New Jersey and Virginia, but observers of state government in the Carolinas told InsideSources that some of these trends sound familiar.

“Volcker is dead on. Budgeting here is a joke, despite the ‘balanced budget requirement,'” Barton Swaim of the conservative South Carolina Policy Council wrote in an email.

Brian Balfour of the conservative Civitas Institute in North Carolina was also intrigued by the new report.

“Using nonrecurring revenues to fund reoccurring commitments is a concern,” he said.

Balfour has been less upset with his state’s budgeting practices since Republicans captured the legislature in 2010, but he still worries about an unfunded liability for state employee retirement health benefits.

“That’s something that needs to be addressed,” he said. “The can continues to be kicked down the road.”

Asked about solutions to these budgeting problems, Balfour advocated for “a taxpayer bill of rights that really restricts the amount that state government can grow.”

Unsurprisingly, one prominent progressive in South Carolina had an entirely different take.

Andy Brack, who edits the weekly publication Statehouse Report about politics and policy, said the problems Volcker identified “have been hogtying the citizens of South Carolina for almost 20 years.”

But Brack, a former Democratic congressional candidate who also works as a communications consultant, faults conservatives for short-sighted budgeting in his legislature.

“This is not a Democratic problem. It’s a Republican problem,” he said. “The politicians don’t have the fortitude to make the investments that public infrastructure requires.”

“And God help you if you’re an out-of-state student,” he said.

The bigger problem, in Brack’s view, is that conservatives “worship at the alter of Norquistian policies” — a reference to the hardline anti-tax advocate Grover Norquist, who pushes for dramatic cuts to government at every level.

There may not be agreement about who’s to blame for bad budgeting, but Volcker and his foundation colleagues hope states can find common solutions to their problems.

“We invite and encourage governors, legislators and all who are involved in this process to work with us in developing these approaches,” he said in a statement Monday.