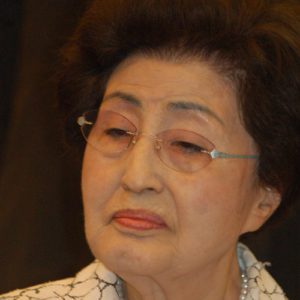 Former S. Korean First Lady Was a Force Behind the Scenes

SEOUL — In her own way, Lee Hee-ho shares credit with Kim Dae-jung for the Sunshine policy of reconciliation with North Korea that he fostered during his presidency from 1998 to 2003.

Although not exactly shy and retiring, Lee is largely unknown among foreigners, even those who admired “DJ,” the initials by which her husband was known, and is scarcely remembered by many Koreans. Still, she had as much to do as anyone in shaping the career of the man she married in May 1962 when both were nearly 40.

DJ by then had made his mark as a fiery political figure, having won a seat in the National Assembly that Park Chung-hee nullified after seizing power in May 1961 from the democratic government that arose after the April 1960 revolution. She sensed his best days lay ahead.

Lee, who died last week at the age of 96, was captivated by the fighting spirit and shining idealism of the man Park jailed and then released shortly before their wedding.

Born into a large, well-known Seoul family, the daughter of a doctor, Lee by background was quite the opposite of DJ, the son of a poor rice farmer who also harvested salt on an island off Mokpo in the impoverished and resentful Jeolla region. They shared a common cause, she full of admiration for this hard-driving orator who was capable of mesmerizing a crowd, he appreciating a highly refined lady who advised him not only on what to wear but also on what to say and how to say it.

Worlds apart by heritage and upbringing, their marriage seemed to gain strength through the dictatorship of Park and his successor, Chun Doo-hwan. Amid dangerous struggle, in which he was kidnapped, jailed, then tried and convicted after the Gwangju revolt of May 1980, DJ counted on Hee-ho for love, support and advice.

“I think about how a day for you must feel like a thousand years and how we sense the swift passage of time in the warm outside world,” she said in one of the letters that she wrote almost daily in between monthly prison visits with their son, Hong-gul.

Lee Hee-ho’s influence was just as intense in his rise to power after Chun, under pressure from the liberal U.S. president Jimmy Carter and then the conservative Ronald Reagan, commuted his death sentence to life, then to 20 years ― and finally let him go to the United States at the end of 1982. She was with him at his base in northern Virginia and his fellowship at Harvard before he returned to a noisy reception at Seoul’s Gimpo Airport in February 1985.

It would be difficult to assess Lee’s role in her husband’s march to the presidency after massive demonstrations forced Chun in June 1987 to agree to a new “democracy constitution,” including elections for president and the National Assembly.

Educated at Seoul National University, she attended small Christian colleges in the United States and was executive director of the Young Women’s Christian Association in Seoul before what she called “a chance meeting on the street” with DJ, whom she had first met in Busan early in the war. Presumably she advised on speeches that he made as he campaigned for president in 1987 against Chun’s Korea Military Academy classmate Roh Tae-woo.

Roh won easily that year after DJ and Kim Young-sam split a majority that wanted a clean break from former generals, and DJ lost again to YS in 1992, but defeat led to DJ’s greatest triumph five years later. Lee was at his side when he won the presidency in 1997 by a narrow margin, confounding conservatives who could not believe this man from the southwestern corner of the country had broken the grip of leaders from the southeastern centers of Daegu and Busan.

She accompanied him to Pyongyang for his summit with Kim Jong-il in June 2000 and on to Oslo in December for the apotheosis of his career when the king of Norway bestowed on him the Nobel Peace Prize for which he’d been angling for years.

It’s not clear how much Lee had to do with DJ’s Nobel speech in which he said that his aim in Pyongyang had been to “to replace the dangerous stand-off with peace and cooperation.” DJ was more than capable of writing a great speech in Korean for a staffer to translate into literary English, but it’s easy to imagine her listening to him rehearsing it in their suite in Oslo.

Lee Hee-ho’s faith in DJ and his policies was undimmed by the failure of Sunshine to meet expectations, to stop North Korea’s nuclear program, to bring about reconciliation. Undaunted by DJ’s death ten years ago, she perpetuated his legacy, going to Pyongyang in December 2011 after the death of Kim Jong-il, offering condolences to his son, Jong-un.

Lee, at 92, visited Pyongyang for the third time in August 2015 on a “good-will visit.” No, she did not see Kim Jong-un in 2015, but Sunshine remained the legacy for which she fought passionately ― and fueled DJ’s passions too.