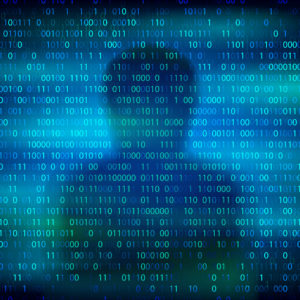 FOSTA Is the Better Solution to Stop Online Sex Trafficking

Online sex trafficking is a horrific crime that happens every day across our country — a tragedy that simply must be stopped. That’s why we urge Congress to pass the “Allow States and Victims to Fight Online Sex Trafficking Act” (FOSTA) as amended by the House Judiciary Committee.

Chairman Bob Goodlatte, R-Virginia, working in conjunction with Rep. Ann Wagner, R-Missouri, understand that there are many groups affected by this kind of legislation, and they’ve worked to develop compromise legislation that everyone can support.

Unfortunately, there have been a lot of misconceptions about what FOSTA does and does not do, so it’s time to set the record straight. FOSTA accomplishes the primary goals of a clear roadmap for the prosecution of criminals, justice for trafficking victims, continued incentivization for tech companies to self-monitor and report illegal content, and an opportunity to curb online sex trafficking.

FOSTA provides clear, precise language for both law enforcement and tech companies to follow. Under FOSTA, prosecutors can go after sex trafficking websites by showing the intermediary intended to facilitate prostitution, giving law enforcement a new and valuable tool to take down bad actors.

FOSTA increases prosecutors’ ability to stop sex traffickers. Other proposals, such as the Stop Enabling Sex Trafficking Act (SESTA), regrettably use broad, ambiguous language that would be nearly impossible for startups and prosecutors to implement.

Additionally, FOSTA does not restrict victims from seeking justice. Victims deserve to know that their perpetrators have been punished and also to be able to seek relief for the pain and suffering they endured. Under FOSTA, guilty platforms will be mandated to render monetary compensation to trafficked victims.

Avoiding an ambiguous knowledge standard is especially critical for startups who are trying to scale and operate on tiny budgets. Without clarity surrounding when a startup is liable for user generated content, startups would err on the side of caution and may stop trying to moderate content entirely because a tiny startup cannot review every piece of user generated content posted on their websites (think Venmo, Tinder, or Uber). Startups frankly can’t afford the ruinous litigation and fishing expeditions they could be exposed to under SESTA’s broad and unchecked knowledge language.

Finally, it’s important to emphasize that FOSTA does amend Section 230 of the Communications Decency Act. Amending this foundational internet law to allow both state and federal prosecutors to pursue cases against bad actors is a big deal and an undertaking that must carefully weigh the concerns of all parties. FOSTA does amend Section 230 but does it in a way that provides legal certainty for honest startups by preserving the substantive legal framework that has supported the internet economy’s billion-dollar development and success.

FOSTA has also earned the backing of a wide array of different industries directly impacted by online sex trafficking as part of efforts to bring everyone together in pursuit of a solution that brings justice to victims. Victims and survivor groups like the U.S. Institute Against Human Trafficking and The Covering House have come out in support of FOSTA. As have law enforcement groups that regularly deal with the legal complexities of shutting down trafficking rings and prosecuting criminals including the FBI Agents Association, the Fraternal Order of Police, and the National Association of Assistant United States Attorneys.

Furthermore, tech industry and advocacy groups, the Internet Association and TechFreedom support FOSTA as a precise piece of legislation that will help trafficked victims and law enforcement without needlessly harming free speech online.

Ultimately, FOSTA is the best legislative solution to achieve everyone’s shared goal: ending online sex trafficking once and for all.

Rachel Wolbers is the policy director at Engine, the policy, advocacy and research organization supporting startups as an engine for economic growth.