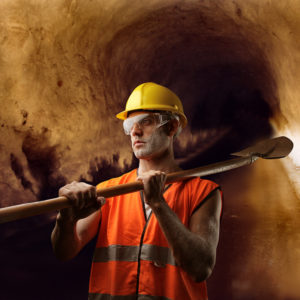 Four years ago, Hillary Clinton declared: “We’re going to put a lot of coal miners and coal companies out of business.” That November, Donald Trump became the first Republican to win Pennsylvania since 1988.

Joe Biden has apparently learned the lesson. According to reports, his campaign has been quietly reaching out to members of the mining industry, assuring them he’ll take a pro-jobs approach. The challenge may be reconciling his overall energy policy with the interests of America’s miners.

During the campaign of 2016, then-candidate Trump frequently referred to the Obama administration’s “war on coal” and promised to roll back environmental regulations that he said were killing jobs in the coal industry.

President Trump followed through. Earlier this month the New York Times reported that the Trump administration has rolled back 99 environmental restrictions while in office, many of those rollbacks were favorable to the coal mining industry, such as emissions, drilling and extraction.

Former assistant secretary of energy in the George W. Bush Administration, John S. Shaw, told InsideSources that regarding environmental regulations, “standards have been balanced to reflect the interests of local communities.”

The good news for the coal industry is that Trump’s policies stopped the bleeding. According to the coal industry advocacy group, Count on Coal, employment plummeted from 134,000 in 2008 when President Obama took office to 81,000 when he left in 2016 – nearly a 40 percent decline.

The bad news is that while Trump’s actions did help prevent further job losses, there hasn’t been a hiring turnaround. According to a report in Forbes, in November of 2016 there were 50,400 coal jobs in the U.S. In February of 2020 there were 50,600, a net increase of just 200 jobs.

Why? Competition from the natural gas industry is the primary reason for the slow recovery of the coal industry. “One reason that gas has taken off over coal for power generation has been maintaining economies of scale and cost-effective fuel,” reports OilPrice.com.

Gas-powered turbines can generate electricity at lower costs than coal-fired plants. The more oil drilling and shale oil mining, the cheaper and more abundant natural gas is because it is a byproduct or “associate” of oil drilling and fracking.

This does not necessarily mean that the coal industry is finished.

The glut of natural gas has caused reflux in the pipeline, forcing several gas companies into bankruptcy. Whether or not there is an equilibrium that redounds to the coal mining industry remains an open question.

Pending the outcome of the 2020 election, the energy industry could be spurred by the re-election of President Trump or short-circuited if Vice President Biden prevails.

Biden’s environmental plan calls for eliminating oil production and hydraulic fracking on federal lands. This will reduce the amount of the cleaner burning natural gas and cause the apparent unintended consequence of making coal more price competitive.

The Biden plan also calls for killing the demand for oil while incentivizing alternative energy sources. Paradoxically, Biden’s alternative energy plans pit him against his former boss, President Obama, and the environmental wing of the Democratic Party.

High-tech alternative energy requires exotic materials like rare earths and other metals such as copper, nickel and lithium. The U.S. used to domestically mine and produce these materials, but due to the Obama and Clinton administration’s environmental actions, the U.S. currently imports these metals from China, which has, at times, truncated exports to the U.S. over the past 20 years.

“The Obama administration enacted rigorous environmental regulations that slowed U.S. mining sector growth during its time in office. Biden, who served as Obama’s vice president and is well-regarded in conservation circles, has been expected to continue in that vein.”

Reuters also reports that Biden campaign officials are whispering that they will have a plan to restart domestic mining operations, which would be a “boon” to the mining industry.

In short, for the Biden environmentally friendly energy plan to work at all, he must convince the environmentalists in his own party to give up their hostility towards mining — or come to grips with the reality that natural gas and coal mining will remain the bedrock of U.S. energy policy.

Scott Wheeler has been a contributor to Forbes Magazine, The Washington Times, The Hill, The Washington Examiner and other publications. He wrote this for InsideSources.com.