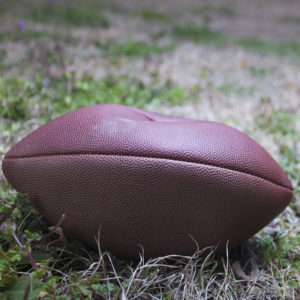 Fractures Within the NFL Soap Opera

That’s the way the world turns in the NFL these days. Cue up the soap opera music for bad optics.

For starters, did you hear about the military veteran who declined to be honored a few weeks ago at a New Orleans Saints home game? John Wells, a Navy veteran and executive director of Military Veterans Advocacy, declined the Saints’ award on the grounds of displeasure with NFL players kneeling during the national anthem. Wells called the protests a “slap in the face” while adding, “I am unable, in good conscience, to enter an NFL stadium while this discourtesy prevails.”

Interestingly enough, the Saints turned defiant and chastised Wells, labeling his actions as “sad and divisive.” Wells said no to the Saints’ People’s Health Champion Award in Week 8 of the NFL season.

And did you hear about Vin Scully making his NFL declaration. Speaking on Nov. 4 at the Pasadena Civic Center during an event titled “An Evening With Vin Scully,” the iconic Major League Baseball broadcaster stated in response to a question: “I am so disappointed. I used to love, during the fall and winter, to watch the NFL on Sunday. And it’s not that I’m some great patriot. I was in the (World War II) Navy for a year — didn’t go anywhere, didn’t do anything. But I have overwhelming respect and admiration for anyone who puts on a uniform and goes to war. So the only thing I can do in my little way is not to preach. I will never watch another NFL game.”

Of course, indicative of today’s polarizing atmosphere, Scully was branded in some social media circles as a “90-year-old out-of-touch white man” and a “racist.”

Of course, McNair’s comments became a racially charged issue, though he didn’t mention race. We heard critics’ terms thrown around such as “plantation owner” and “controlling runaway slaves” and even a call to abolish the job title of “owner” in pro sports.

How about “chairman,” instead?

However, despite all of the noise, logic says McNair was speaking figuratively/metaphorically instead of literally. Plus, he probably botched the cliche phrase: “inmates running the asylum.”

Nevertheless, any owner in the NFL, NHL, NBA and Major League Baseball knows having players running the show would result in absolute chaos. Especially in the good behavior-challenged NFL. That’s why in some respects, McNair merely stated the truth, unwittingly or not.

Notice that NFL players tend to behave moreso within societal standards of law during its regular season, ostensibly because of their regimented schedules. But, come offseason with more free time, how about “Fast Times at Ridgemont High.”

With that, Kansas City Chiefs defensive lineman Roy Miller might inspire one to interpret McNair’s comments in a more literal fashion. Miller applied another blemish to the NFL brand when he was arrested for domestic battery just this past Saturday, Nov. 11, Veterans Day. Note the alleged incident occurred during the Chiefs’ off week in their schedule.

According to police reports obtained by The Guardian newspaper, Miller’s wife, Nicole, told police that her husband “grabbed her by the hair, struck her in the face and tore a braid from the back of her head, adding that he threw her phone in the toilet and physically restrained her from retrieving it. Ultimately, she was able to recover her phone from the toilet and call police.”

So, Miller might be an inmate for real at some point. Miller’s arrest takes on even more significance in this much-scrutinized environment surrounding sexual harassment because of the Harvey Weinsteins, Kevin Spaceys and Louis C.K.s of the world.

You have to figure that for McNair, either subconsciously or by Freudian slip, the Miller incident is the kind of nonsense to which the Houston owner was referring.

How out of touch can an NFL player such as Miller be in this climate? And, remember, the social media knee-jerk crowd had the nerve to call Vin Scully out of touch.

That crowd may want to rethink its name-calling in this NFL soap opera.