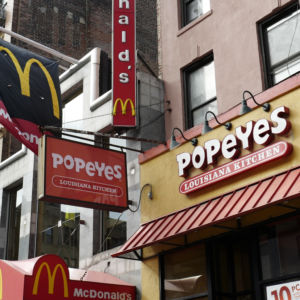 A coalition of free-market advocates sent a letter to lawmakers Tuesday urging them to support a bill designed to get a critical contracting rule under control.

Congress is currently considering a bill that is designed to better clarify what joint-employment is. The rule determines whether an employer is legally responsible for the employees of a company it contracts with. Employers take on a lot of legal burdens and potential costs when they become joint-employers.

The business community expressed particular concern over changes made to the rule during the last administration.  Critics argue the changes overstepped how the rule is supposed to be interpreted. The Competitive Enterprise Institute (CEI) is leading a coalition of free-market advocates who believe the bill will help address the problem.

“The undersigned organizations write in strong support of legislation, the Save Local Business Act,” the coalition letter detailed. “This bill would restore and harmonize National Labor Relations Act and Fair Labor Standards Act standards on when two or more businesses are deemed to be joint employers.”

The House Education and the Workforce Committee is scheduled to review the bill Wednesday. The letter urges lawmakers to support the bill so that it can move forward and eventually become law. Americans for Prosperity, FreedomWorks, and Heritage Action for America were among the 29 groups that signed onto the letter.

The National Labor Relations Board (NLRB) sparked the current debate by changing how it ruled on joint-employment cases. The business community denounced the change as a dangerous overreach of federal powers. The NLRB argued it was a needed updated that better aligned with what the law intended.

“Prior to August 2015, the standard used by the NLRB made it easy to understand who is and is not a joint employer,” the letter said. “A joint employer relationship existed when one company exercised ‘direct and immediate’ control over another company’s workforce.”

“Joint-employer liability could be triggered by a company exercising vaguely defined indirect control or unexercised potential control,” the letter said. “Even a code of corporate social responsibility for business partners could be found to establish joint employer status.”

The letter adds that the bill would help to reinstate the longstanding definition that previously determined joint-employment.  The bill would essentially outlaw the recent NLRB interpretation, making it clear it went too far. The letter notes the previous interpretation is better for fostering business growth.

The NLRB decision drew considerable attention because the change was significant. But it also highlighted what critics saw as a bigger problem with the law itself being unclear. The law allowed for a patchwork of legal interpretations from courts and federal agencies.

The NLRB revisited the joint-employment standard during a handful of labor dispute cases in recent years. The Browning-Ferris Industries case set the precedent for the new standard when it was decided in 2015. The NLRB was able to change the joint-employer standard by altering how it ruled on related cases.

The letter adds that the updated standard could cause a decline in businesses contracting together because the legal risks will become too high. The franchise model is particularly at risk since it relies on corporate brand names contracting their logo and products out to smaller companies.