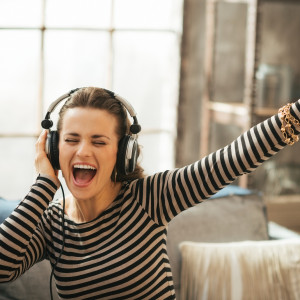 If for some reason you haven’t heard of Tidal, watch this two-minute video to understand the magnitude of celebrity, superlatives, and self-congratulation welcoming the streaming music service into the world. While the service was created to bring “fair compensation” to artists, talk of the service seemed ambiguous to me. I watched the launch event stunned by the number of stars on stage, but still didn’t get how Tidal was going to “forever change the course of music history”. Seeing Madonna ask from the stage “now what happens?” (video at 13:00) seemed to me a harbinger of things to come. Yet there was so much bravado around Tidal that it kept bringing me back to look for reasons to believe. Surely I was missing something.

Early on, there weren’t many public doubters. Bob Lefsetz called for disaster back in January. More recently Marcus Mumford of Mumford & Sons, in an interview with The Daily Beast, rejected Tidal and the anti-streaming movement in general. And make no mistake, while Tidal is a streaming service, its core reason for being is in line with the popular narrative that streaming services compensate artists unfairly. I disagree with that wide-spread sentiment; streaming services pay a lopsided percentage of gross revenues to rights’ holders. As George Howard put it back in 2013, I am in the camp that “Artists Should Stop Chasing Spotify’s Pennies And Focus On Top Fans.”

Regarding Tidal’s business model, what troubles me is the lack of regard the service has shown for the free market. Don’t get me wrong, the music industry is a case study in government interventions: for example, music licenses are not negotiated in the free market, Payola rules stack the deck against, independent artists, and music industry players are currently asking congress to legislate “fair pay for fair play”. Unfortunately artists don’t understand that government intervention in music payment regimes is precisely what is preventing them, in the digital era, from getting paid. But that is another matter.

In music, the free market is alive in that consumers get to decide how they spend their money. And the last ten years has shown that consumers can and will spend less to listen to recorded music than they have in the past. Flashback fifteen years and recall NSYNC, one of the last acts to sell truckloads of CDs. Labels had it made in 2000 because music was still sold as a consumer packaged good – you had to go to a store and spend $17 to buy a whole album in a little plastic container, even if you wanted just one hit song. Everything swung totally the other way when Napster enabled anyone with a PC to “get” music for free. Napster was groundbreaking because it showed that music was going to be totally disrupted by digital distribution, but it ignored the intellectual property rights of labels and artists. In iTunes, the market found a temporary equilibrium whereby albums were “unbundled” so consumers could buy individual songs, legal mainstream distribution became digital, and a negotiated sum of money flowed back to rights’ holders. And with Pandora and Spotify came the new platforms where you don’t need to download and store (own) music – like other data, music is more accessible and abundant in the cloud. To fight against streaming is like fighting against Uber; both are better consumer experiences today.

If Tidal wants to beat Pandora and Spotify, they’ve got to offer something much better for consumers. So how exactly does Tidal intend on doing that? By charging consumers more for their service! Huh?

Many have studied and written on price elasticity in music and the data shows that historically, consumers are willing to spend $45-$65 per year on music. Furthermore, consumers today have many free (ad-supported) options at their fingertips in Pandora, Spotify, SoundCloud, and YouTube. While Pandora (at $5/mo.) and Spotify (at $10/mo) have premium service offerings that are growing and very well may point to the future of music, they have converted only a small number of overall music listeners to paid subscriptions. This year, streaming services, at under $1.5B in revenue, will produce less than 10% of what the music industry produced in 2000. Consumers are paying less for music and streaming services are an easy target. Tidal aims to be the anti-streaming streaming service by remedying artist pay – by getting consumers to pay for a new and better experience.

So what is Tidal bringing to the table that is so new and hot? At the $20 per month level, you get “lossless high fidelity” sound. Aside from some of the controversy surrounding lossless (David Pogue’s video dismantling Neil Young’s acclaimed “lossless” PonoPlayer is an absolute classic), there’s nothing new there; Deezer has been courting the audiophile market internationally for some time. If anything, there is a ton of data demonstrating that as a pretty small market – and to accomplish their ultimate goal (moving everyone over to a more artist-friendly payment regime) – Tidal needs mass adoption.

Tidal doesn’t have a free ad-supported model like Pandora and Spotify – they want to rid the music world of free. Meanwhile Pandora and Spotify have benefited greatly from a “freemium” model to enable listeners to become loyal to the service before becoming paid customers. Note, Spotify is worth an estimated $8.4B.

So Tidal’s $10/mo. premium service better rock because Tidal has pushed all of its chips to the center of the table on that offering. That’s how consumers would gain access to the platform.

Let’s look at Tidal’s $10/mo., price point offering. That is the same price as Spotify’s premium offering and Spotify’s has a four-year head start in America, so it better be good.

Tidal offers exclusive content such as unheard tracks and live streams from some of their star artists (tonight Jack White will stream a live acoustic show) and video announcements (“Vic Mensa Signs to Roc Nation”). But simply put, that’s not going to get the job done. You’d need one hundred times the current amount of exclusive content, produced constantly. Not YouTube levels of content intake, but a bunch. So will the content come?

I don’t think so. Tidal has, what we call in the internet industry, a chicken-and-egg problem. In order to increase artist pay (the whole point of Tidal), the service has to have content so vast, unique, and powerful that consumers flock in droves. But to compel artists to create unique content just for Tidal and to pull a “Taylor Swift” in leaving platforms like Spotify, Tidal needs mass adoption of consumers.

Even with a cadre of music’s biggest stars lined up at Jay Z’s side and all the talk about respect for art, Tidal has a tough, and potentially, short road ahead. Tidal’s value proposition for consumers has to be more compelling than a bigger check for Kanye.

The irony in all this? Despite the massive wealth of its artist ownership, estimated at $2.5B, the service needs upstart and emerging artists to get on board and begin seeding Tidal with exclusive content. The problem: the rest of the music industry is too busy coloring the blank canvasses that are the streaming, video, social and live experience platforms that already dominate the culture.

Nathan Hanks is a Dallas-based entrepreneur specializing in online marketing and consumer mobile technology. He is the CEO of Music Audience Exchange.