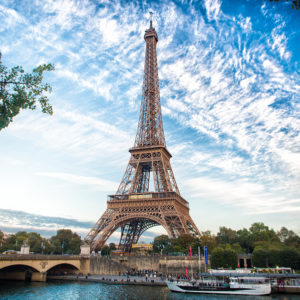 A coalition led by the Competitive Enterprise Institute is pushing Members of Congress to oppose legislation that would require the United States to remain in the Paris climate agreement, despite President Donald Trump’s actions to pull out from the multinational plan.

The 2015 accord, signed by every country except Syria and Nicaragua, is a pledge to reduce greenhouse gas emissions. There were no required reduction levels, though, and the agreement allows each country to determine for itself how to proceed. That ability to set their own targets is among the issues, according to CEI, a leading think-tank.

“Although other nations have ostensibly signed on to the Paris treaty, most either set weak targets for reducing greenhouse gas emissions or are failing to meet their targets,” reads the letter that CEI and more than 15 other free-market groups sent to Capitol Hill in advance of the vote on H.R. 9, Climate Action Now Act. “H. R. 9 would give the force of law to the stringent emissions reduction targets set unilaterally by President Obama under Paris. It thus would lock America into costly energy-rationing schemes that our major trade competitors like China are not undertaking.”

Critics of the Paris Agreement saw Trump’s 2017 withdrawal as a way to reverse environmental regulations from the Obama Administration. More than 20 Republican U.S. Senators, including Majority Leader Mitch McConnell, sent Trump a letter encouraging him to pull out from the agreement as a means to achieve some of his legislative goals, such as undoing the Clean Power Plan regulations.

CEI’s letter picks up on the theme of legislative achievements, including economic gains that could go south if House Democrats are successful in forcing the country the remain in the agreement. The legislation would prevent federal funds from being used to withdrawal from the accord. It also would require the White House to submit a plan within 120 days showing how the U.S. will reduce greenhouse gas emissions 26 percent to 28 percent below 2005 levels by 2025.

Reducing greenhouse emissions to the previous administration’s levels would require energy-producing companies to submit to regulations that would “undercut our ability to compete head-to-head against OPEC and Russia in energy export markets, and squander the tremendous energy cost advantage enjoyed by the American manufacturing sector … H. R. 9 would bring an end to America’s burgeoning energy dominance and rob us of its many benefits,” the letter stated.

But the Natural Resources Defense Council, among the leading groups advocating for remaining in the Paris Agreement, has sent its own missive on the importance of passing the legislation.

Calling it potentially “the most consequential vote this year,” the council’s memo noted that 3.3 million Americans are taking their own action to make their homes and workplaces more efficient. It also referenced the growth of hybrid and fuel-efficient vehicles as well as various alternative energy sources that are becoming mainstream, like wind and solar.

“The Climate Action Now Act is the first step to breaking a decade-long logjam on climate action by Congress,” wrote Jake Thompson, NRDC’s senior press secretary. “By making H.R. 9 one of the first 10 bills introduced into the 116th Congress, the House demonstrates it’s under new leadership, and Congress should adopt the bill by a wide margin. … We can keep our commitments to the world, protect public health and our communities from climate harms, and join a growing clean energy revolution.”

Given the Democratic majority in the House and the caucus’ enthusiasm for climate actions like the Green New Deal, it is expected that H.R. 9 will pass. But it will run into a brick wall in the Senate where McConnell has promised to be the “Grim Reaper” of progressive policies. That would satisfy CEI and other signers of its letter.

“The Democratic House Majority’s attempt to resurrect the Paris Climate Treaty would needlessly harm both consumers and job-creating businesses,” said Myron Ebell, CEI’s director for Energy and Environment. “There is a better alternative to the Paris climate treaty and the Green New Deal. It’s called the Trump energy deregulatory agenda.”