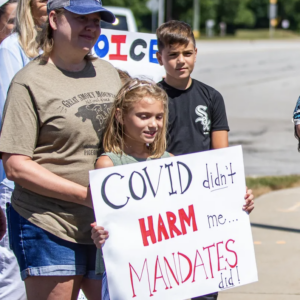 A quiet revolution is brewing in the state known as the Crossroads of America. For the first time that anyone can remember, dozens of first-time candidates are stepping up to challenge sitting Republican state legislators in Indiana — from the right.

They are pro-life, pro-gun rights, and fueled with populist anger over the mask and vaccine mandates, and the never-ending state of emergency.

One of them is Brittany Carroll, a family law attorney and the mother of three children who moved to Indiana from Oregon with her family in 2007. They now live in a small community south of Indianapolis in Johnson County.

Since the pandemic began, Carroll has been speaking out at school board meetings and going to rallies, and last year launched a petition that was sent to the governor and state and county health departments to get them to rewrite COVID-19 guidelines so schools would not have to quarantine healthy kids. 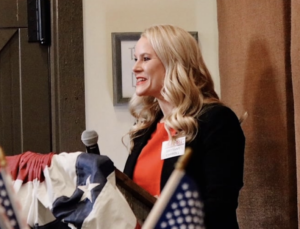 She says she and the other parents involved contacted everyone they could think of.

Carroll is challenging longtime Republican representative Peggy Mayfield of Martinsville who, like most Republican legislators in the state, has been quiet as citizens flocked to rallies to protest mask and vaccine mandates and as nurses and others begged the legislature to intervene to save their jobs after they were suspended pending termination for not complying with employer vaccine mandates.

Carroll announced her candidacy in November, but many others are waiting to do so until January 15, at a dinner to be held in Fort Wayne.

The dinner is a special “candidate reveal” event organized by Liberty Defense PAC, which put a call out last summer at a medical freedom rally at the Statehouse for people to step up and put their names on the ballot to run for legislature if they didn’t think their representative had been doing the job they were elected to do.

The PAC was formed last year by a homeschooling mom in northern Indiana named Amy Schlichter, who also runs Hoosiers for Life, a grassroots pro-life group that has worked closely with two conservative legislators, Reps. Curt Nisly, R-Milford, and John Jacob, R-Indianapolis, to try to pass legislation to effectively outlaw abortion in Indiana.

Most of their bills have been blocked by the Republican leadership in the Indiana House and Senate.

“They consistently hold up our measures. So I just decided, ‘I will get you all out of there then’,” says Schlichter.

Liberty Defense has recruited more than 200 conservatives to run in the Republican primary in May, many for county offices and the rest for Statehouse.

So far, they have 40 confirmed House candidates and Schlichter says they expect to have closer to 50 or 60 by the February 4 filing deadline, plus a few Senate candidates. Of the 40 House candidates, 37 are challenging Republican incumbents while the remaining three are running for open seats in newly redrawn districts.

The candidate challenging Leonard is Lorissa Sweet, a conservative who has served on the county council in Wabash County for nearly six years.

When asked why she is running, she points to the statewide public health emergency, which the Republican governor, Eric Holcomb, just renewed for the 22nd time, and to several bills that were introduced in the last session that would have ended it.

“Dan Leonard has had the opportunity to hear bills in his committee…and he’s killed the bill every single time. For me, that’s a big deal,” she says. 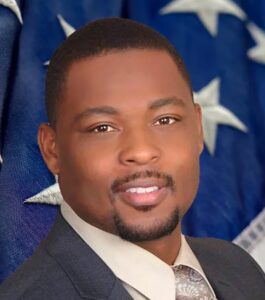 2021. Children in many counties in the state have been wearing masks in school all day for the second year in a row, with the governor and Republican leaders in the Indiana General Assembly saying they won’t intervene to prohibit school corporations from imposing mask mandates.

Another Liberty Defense candidate is a Black conservative named Richard Bagsby, a minister, construction manager, and father of eight children who lives in Lafayette. He and his wife pulled their kids out of school this year over the mask mandate, and he says he began to see that elected officials in Indianapolis were not representing their constituents.

“They didn’t get our consent. They didn’t care what we thought, in my perception. They only cared what the committee chairmen wanted to do. So my wife was like, ‘Why don’t you get out there and run?’” he says.

He calls the school mask mandates the “thin edge of the wedge” — a minor change that is the start of something much bigger, something not good.

“I’m not a politician,” he says. “I’m just a guy that has kids, that’s married, that has a normal job, who feels like I need to step in until career politicians get their act together.”

Republicans have a supermajority in both houses of the Indiana General Assembly, holding 39 of 50 state Senate seats, and 72 of 100 seats in the Indiana House.

“At the end of the day, if we have created pain for 60 of them, we’ve won,” says Schlichter.